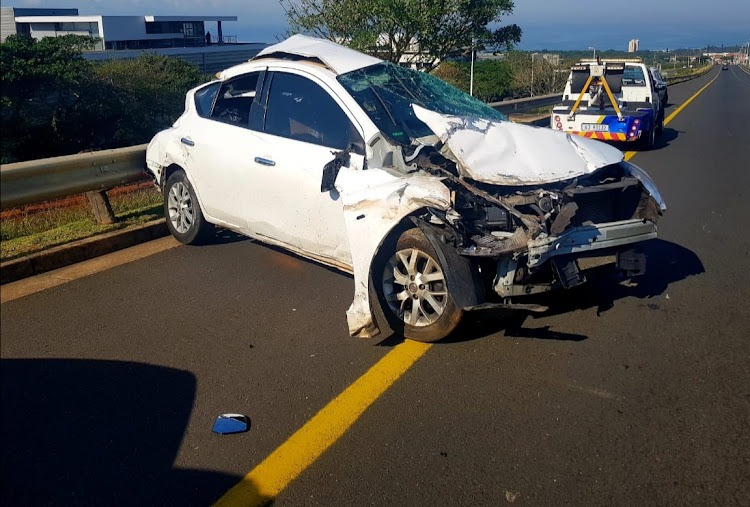 A young man was seriously injured after being ejected from his car, which rolled multiple times on a busy Durban highway.
Image: Advanced Life Support Paramedics

A Durban man is in a critical condition after he was ejected from his car that somersaulted several times on a busy highway on Wednesday.

Advanced Life Support Paramedics spokesperson Garrith Jamieson said the accident occurred at about 11am on the M41 highway that leads to the M4, north of the city.

“A single vehicle had lost control and overturned multiple times, ejecting its driver before coming to rest on its wheels,” he said.

“A male, believed to be in his 20s, sustained critical injuries and was stabilised by advanced life support paramedics before being rushed to a nearby hospital.

“At this stage the events leading up to the accident are unknown. However, SAPS were on the scene and will be investigating.”

A KwaZulu-Natal man attending the funeral of a slain gang member was arrested by the police on Sunday for allegedly being in possession of a stolen ...
News
7 months ago

Three people, including two children, were killed when a bus crashed into the side of a light motor vehicle on the R511 in Centurion, paramedics said ...
News
7 months ago
Next Article