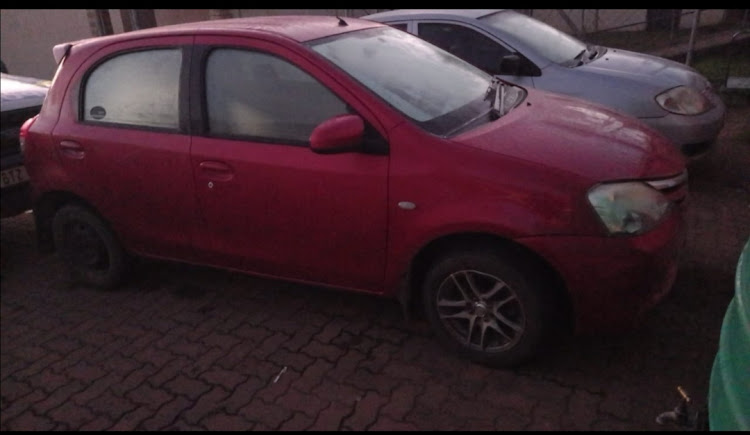 The vehicle in question.
Image: Supplied

A KwaZulu-Natal man attending the funeral of a slain gang member was arrested by the police on Sunday for allegedly being in possession of a stolen car.

Police spokesperson Col Thembeka Mbele said the 35-year-old man was arrested in Highflats, near Ixopo, while police were monitoring the funeral of Lucas Mazibuko.

Police said Mazibuko “was part of a gang that was killed at Scottsville in Pietermaritzburg last week during a shoot-out with police”.

The quiet suburb of Scottsville turned into a mini war zone last Tuesday when members of the special task force swooped on a five-bedroom home, killing seven people, including a gang boss who had escaped from prison.

Flat-screen TVs, expensive bottles of champagne and cognac and high-calibre weapons were found in the luxurious R2.3m home at 23 Fairfield Avenue.

Mbele said the man, who has been charged with being in possession of stolen property, was expected to appear in court on Monday morning.

“The suspect was arrested at Springville area in Highflats yesterday at 12.45 after he was found in possession of a stolen vehicle,” she said.

“The investigation revealed that the vehicle was stolen on September 13 2020 at 2pm, while parked on Percy Osborn Rd in Morningside.

“The suspect was placed under arrest for possession of a stolen property. He will be profiled to check if he is linked to other serious cases committed in Highflats and in the province.”

Two brazen criminals who tied and assaulted an elderly couple and stole household items, including a vehicle with pupils on board, dropped off the ...
News
8 months ago

Man who ‘stole SUV at gunpoint’ is cornered after car chase

A man who allegedly stole an SUV at gunpoint from a panelbeating workshop was cornered by police and arrested after a car chase through the streets ...
News
8 months ago
Next Article