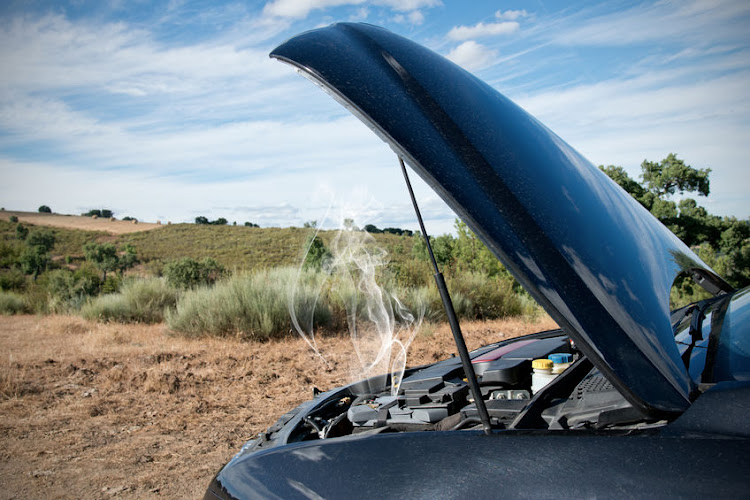 The victims were confronted after stopping due to car trouble on a road near the farm. Stock photo.
Image: 123RF/Rui Santos

Eight suspects alleged to have beaten two men to death on a farm in Piet Retief, and leaving a third barely alive, were arrested early on Friday.

They are expected to spend the weekend behind bars and will appear in the Piet Retief magistrate’s court in Mpumalanga on Monday.

The case stems from an incident in August 2020 that saw Sthembiso Thwala emerge as the only survivor.

Speaking to the Sunday Times earlier this month, Thwala explained how he had pretended to be dead while he lay in his car, next to the bodies of his brother and a friend, after they were attacked on the farm.

Thwala, his brother Sfiso and Musa Nene were driving home on a public road near the Pampoenskraal farm when they encountered car trouble.

Shortly after fixing the car, they were confronted by a farmer and farmworkers who accused them of stealing sheep.

“They started beating us. They also gave us electric shocks with cattle prods. They pepper-sprayed us and there was a substance they poured down our nostrils which made it seem like it was drawing the breath out of your lungs,” Thwala said.

They were then “hosed down” at the farm and taken back to their car.

“That is where my brother and friend died. I realised they were dead when they were no longer making a sound [from the pain]. They [the attackers] left us in the car until the next morning. We were not in a state to drive.

“I was lying motionless, like the other two, although I could hear everything happening around me. The next morning someone came to check on us. I heard him tell another person that he thinks we are dead. A while later the police arrived, and that is when I moved,” Thwala told the Sunday Times.

He said by the time the police were called, their attackers had tied up two sheep and placed them in the boot of the car, presenting this as evidence for beating the men.

Thwala opened a case against his attackers but it never made it to court.

However, in April, during the bail hearing for five men arrested and charged with the murders of Zenzele and Mgcini Coka at the same farm, the murders of his brother and friend came to light through investigating officer Vukile Nhlapho.

In the Coka case, four farmers and a farm manager were arrested.

Some of the accused in the Coka case have been implicated in the Thwala attack.

Asked why the Thwala case never made it to court in August last year, National Prosecuting Authority (NPA) Mpumalanga spokesperson Monica Nyuswa said the case had fallen through the cracks.

“The office of the director of public prosecutions was not alerted to the case,” Nyuswa said, referring to Nhlapho’s testimony.

The police, however, gave a conflicting version. Brig Leonard Hlathi said there were never any delays and that investigations were in progress during this time. He said the police and office of the director of public prosecutions were aware of the docket but were conducting further investigations to ensure they had an airtight case.

'Coka brothers not only ones killed at the farm'

The investigating officer in the Coka brothers' murder case has told the Piet Retief magistrate's court that another double murder happened at the ...
News
1 year ago

Police have arrested five people in connection with the murder of a 55-year-old KwaZulu-Natal farmer who was brutally stabbed at his farm on Friday.
News
1 year ago

KwaZulu-Natal police are investigating the death and robbery of a Karkloof farmer who was stabbed several times on Thursday.
News
1 year ago
Next Article