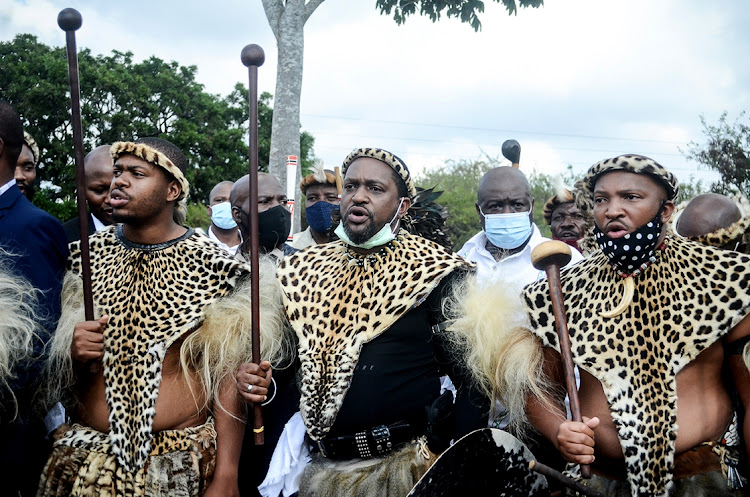 The high court in Pietermaritzburg is on Friday expected to hear an application by two of the late Zulu King Goodwill Zwelithini's daughters in which they seek to stop the coronation of Prince Misuzulu Zulu as king of the Zulu nation.

Princess Ntandoyenkosi Zulu and Princess Ntombizosuthu Zulu-Duma also want the execution of the last will of King Goodwill to be suspended.

The princesses, whose mother is Queen Sibongile Winnifred Zulu, want the premier of KwaZulu-Natal to be interdicted and restrained from recognising any steps which may be reasonably construed as recognising Prince Misuzulu as Zulu king.

They said in the event that the premier has completed all processes to recognise Prince Misuzulu as king, they want President Cyril Ramaphosa to be restrained from issuing the certificate of recognition to Prince Misuzulu.

The urgent action is taken pending part B of the application — to be heard at a later date — where the princesses and their mother seek to challenge the validity of King Goodwill Zwelithini's will.

In the affidavit filed by Princess Ntandoyenkosi Zulu on Monday, she stated that she and her sister had on April 28 brought an application on an urgent basis seeking that the court interdict the execution of the will of the late King Goodwill.

That application was enrolled for hearing on May 7. However, on April 29 Queen Mantfombi Dlamini died. She was to be buried on May 6.

As a result, the applications by the princesses and their mother were dealt with in chambers.

The court removed the matters from the roll and the applications by the princesses and their mother were consolidated.

“When the applications were brought in chambers ... my sister and I were not aware that the respondents and their legal representatives were intent on reading the later Her Majesty Queen Mantfombi Dlamini-Zulu's testamentary will on Friday 7 May,” Princess Ntandoyenkosi said in her affidavit.

That will nominated Prince Misuzulu as the future king.

"I am aware of talks that I am aspiring to sit on the throne. I have never expressed such ambitions," said Prince Simakade Zulu.
News
1 year ago

Princess Ntandoyenkosi said her father's will allegedly nominated Queen Mantfombi as regent and successor, an issue that was central to the pending legal proceedings that she and her mother Queen Sibongile Zulu had instituted.

She said the process followed to identify Prince Misuzulu as a successor to the throne was not legally compliant.

She said the “disputed will” that nominated the late Queen Mantfombi Dlamnini-Zulu to the throne was suspected to be fraudulent and subject to litigation.

The princess said the late queen was not clothed with the title to bequeath, through her last will, the throne to her sons and to nominate Prince Misuzulu as king.

The princess said section 17 of the KwaZulu-Natal Traditional Leadership and Governance Act conferred upon her, as a member of the Zulu royal family, a right to choose or identify the person to be named as a successor to the throne.

“In this respect the manner in which Prince Misuzulu Zulu has been elevated to the throne ... also infringed upon my right as a member of the Zulu royal family to express my thoughts, opinions and beliefs as who should be isilo (king).”

The Zulu royal household has been allocated a budget of R66.1m — R5m less than last year, KwaZulu-Natal premier Sihle Zikalala announced on Thursday.
News
1 year ago

In her will, the late regent of the Zulu kingdom Queen Mantfombi Dlamini bequeathed the monarchy to her first son, Prince Misuzulu Zulu.
News
1 year ago

KwaZulu-Natal’s provincial government will this week announce the process that will lead to the coronation of new Zulu King Misuzulu KaZwelithini.
News
1 year ago
Next Article