Polyandry is not a government policy position: Aaron Motsoaledi

'It was with very deep disappointment that the envisaged national dialogue descended into a war of words and cynicism,' said home affairs minister Aaron Motsoaledi 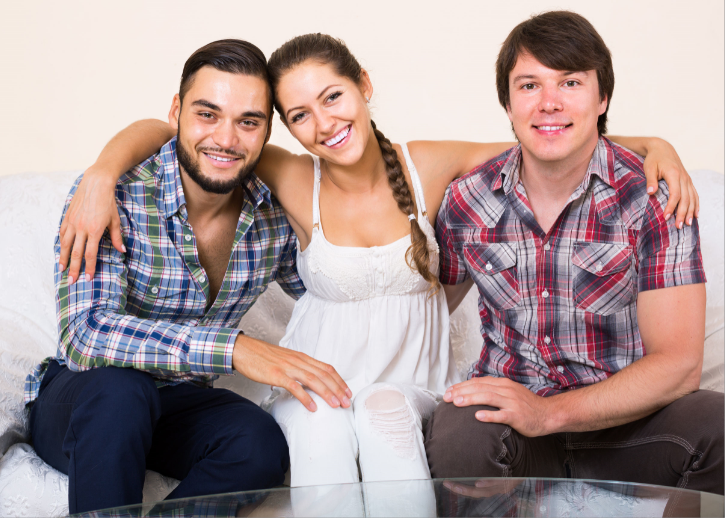 Home affairs minister Aaron Motsoaledi has expressed disappointment over what he called a war of words and cynicism on the issue of polyandry when he was trying to get a national dialogue going on an important aspect of life.
Image: Iakov Filimonov/123rf

Home affairs minister Aaron Motsoaledi has expressed disappointment over what he called a war of words and cynicism on the issue of polyandry.

He also set the record straight: the Green Paper, in which polyandry among other proposals is raised, is not the official policy position of government.

He explained that having started ministerial dialogues — a discussion about new marriage policy for the country in August 2019 — religious leaders of various denominations, traditional leaders, Khoisan communities, academics, LGBTQI+ communities, gender activists and social activists came up with proposals of how the policy could be enhanced.

Motsoaledi said they recorded everything that the stakeholders said in those ministerial dialogues and put these out in the form of Green Paper to enable society to start a national dialogue before it is brought to parliament.

“It was with very deep disappointment that the envisaged national dialogue descended into a war of words and cynicism about one and only one issue raised from the ministerial dialogue — the issue of polyandry,” said Motsoaledi.

He said like other issues in the green paper, polyandry was raised by some of the participants at the dialogues. He said he was deeply disappointed that even the media entered the dialogue in a “completely destructive and misleading way”.

He explained that the Green Paper was not the official policy position of government.

“It only articulates possible policy options or proposals that are based on inputs received from stakeholders during ministerial dialogues. These proposals will be subjected to public scrutiny,” said Motsoaledi.

He called on South Africans to conduct the national dialogue on the Green Paper responsibly and in the true spirit of nation building.

“Please let us lower the excitement and deal with the very important issues mentioned by our people who experience serious hardships in their everyday existence in their endeavour to build viable families — which every nation on earth strives for — for there is no nation without families,” he said.

Motsoaledi was delivering his department's budget vote to the National Assembly. He said his department has many initiatives in the pipeline, some of which are legislative and policy initiatives which will soon arrive in parliament for processing and enactment into laws.

The Green Paper on marriages in SA is among those, he said.

The minister said it was an incontestable fact that SA needs a new marriage policy based on three of the pillars of the constitution — equality, non-discrimination and human dignity. At the moment, to get married in SA, you have to choose between three acts of parliament; Marriage Act of 1961, Recognition of Customary Marriage Act of 1998 and the Civil Union Act of 2006, which provides for same-sex marriages.

He said the three acts have many gaps, omissions and weaknesses and do not cater or give recognition to Muslim marriages, Hindu marriages and marriages conducted according to Jewish rites.

Despite the enactment of the Recognition of Customary Marriage Act by the democratic parliament, traditional marriages taking place in many royal families, in terms of their traditions and rituals, are still not in the statute books, he said.

Motsoaledi also lamented the fact that none of the existing laws prevent minor children from getting married, citing this as the reason girls below the age of 18 and boys under 17 could legally get married as long as their parents are prepared to send them off to “such ill-conceived marriages by signing a consent”.

He said this went against the commitment SA has made through the Sadc Protocol on Gender and Development which calls for an end to child marriages.

Motsoaledi said these were among the realities that prompted his department into action to start the discussion about a new marriage policy for the country.

The deadline for comments on the Green Paper is June 30.

Phumzile Van Damme on polyandry: ‘I’m a monogamist but I can’t wait to see you polyandering’

On Tuesday, the Democratic Alliance MP joked she is ready to have multiple husbands — but she quickly clarified she is a one-man woman.
News
6 months ago