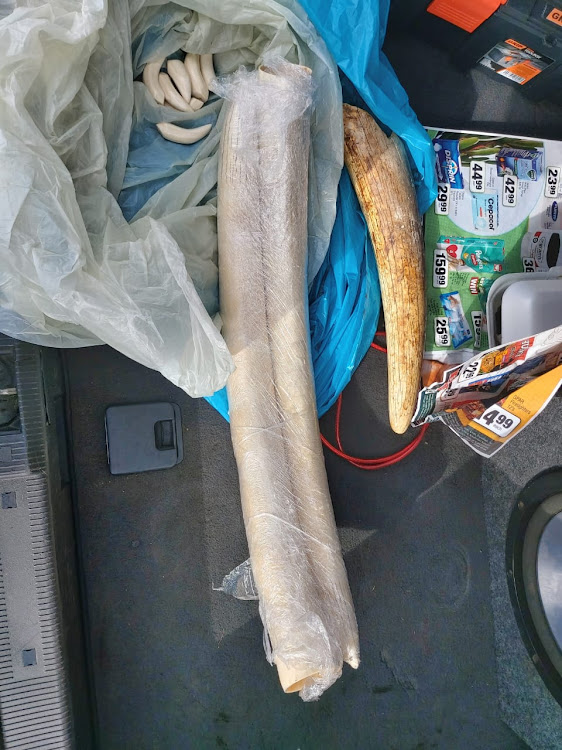 The Hawks arrested a suspect for possession of ivory in Table View, Cape Town, on Friday.
Image: Supplied

The Hawks have arrested a suspect for possession of ivory in Cape Town.

Hawks spokesperson Zinzi Hani said detectives responded to a tipoff and bust the suspect on Friday in the suburb of Table View. Hani said the Hawks had teamed up with the department of agriculture, forestry and fisheries officials.

“Crime intelligence, counter narcotics and gangs group members received information about a person in a Mercedes-Benz who would be transporting elephant tusks. Information was then conveyed to a team comprising the Hawks and department of agriculture, forestry & fisheries officials. The suspect was stopped in Table View,” said Hani.

“Upon searching the vehicle and suspect, the team reportedly found raw and processed Ivory tusks to the value of R 81,315.  The suspect was immediately arrested and charged with possession of ivory.”

The Hawks will investigate further to establish the origin of the ivory and the possibility that more people could be involved, said Hani. The suspect is due to appear in the Cape Town magistrate’s court on Monday.