Critics said the proposed monthly levy on Johannesburg residents using prepaid electricity, which has now been withdrawn, would have punished already overburdened households and businesses 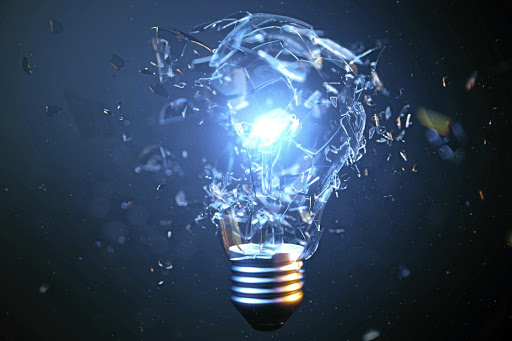 The City of Joburg has withdrawn a controversial proposal to implement a surcharge on prepaid electricity.
Image: 123RF/EVGENI BISHTOK

Prepaid electricity users in Johannesburg will breathe a sigh of relief after the metro announced it would no longer be pushing ahead with a controversial electricity surcharge.

The city had proposed a monthly R200 surcharge for prepaid residential electricity users and a R400 surcharge for business users — a proposal which critics said would come as a shock to already under-pressure individuals and companies.

If approved, the surcharges would have kicked in from July 1, the start of the new financial year.

But the City of Johannesburg told TimesLIVE on Friday that it was no longer going ahead with the plan.

“Please note that there won’t be capacity charges (surcharge) included in the financial year’s tariffs. This was discussed extensively in the recent IDP [Integrated Development Plan] consultation meetings held at all seven city regions, and comments were received and analysed accordingly,” the city said in response to questions.

It added that the final electricity tariff increases — currently a proposed 14.59% across the board — would will be tabled in council towards the end of May for consideration and approval.

Over 300 families in Soweto have been left stranded without electricity by Eskom for over nine months after failing to pay their arrears.
News
1 year ago

Meanwhile, the city’s waste management company, Pikitup, did an about-turn on Thursday on its proposed R50 per household recycling levy in affluent suburbs.

“The decision to withdraw the proposal, which would have been effected from July 1 2021 if it had been acceded to during Integrated Development Plan meetings, was informed by the feedback from the meetings in which various stakeholders, including the residents of the city, objected to the proposed recycling levy,” the city said in the statement.

Before the withdrawal, critics told TimesLIVE that the proposed surcharge would punish already overburdened households, and could even encourage people to break the law.

Julie Smith, a researcher at the Pietermaritzburg-based Economic Justice & Dignity Group said: “Any increase now is going to take money out of the purse which will take food off the table. Electricity is non-negotiable. All SA staple food has to be cooked. We need electricity for lights and lights is also a security for women and children who are under siege.”

DA Johannesburg councillor Julie Suddaby said the city has been proposing a surcharge for years now, but it was never implemented.

Free Market Foundation executive director Leon Louw said those hardest hit would be the poor as those using less electricity would pay more.

“With the proposed increase for electricity, those who use fewer kilowatts of electricity will be paying more. So, essentially, users will be punished for using less electricity,” Louw pointed out, going as far as questioning whether city council members understood the financial implications of what was proposed.

Executive manager for public governance at the Organisation Undoing Tax Abuse (Outa), Julius Kleynhans, said that while the impact would have been across the board, the biggest impact would have been on the poor. He said the surcharge for prepaid customers was unacceptable because it would mean residents would have to fork out cash even if they didn’t use electricity.

“One has to consider who uses the prepaid electricity in the first place. It is poor communities, university students, who won’t afford this surcharge. This will have a significant impact on poor households. It’s not like residents are getting more and better services and prices continue to go up in the dire economy,” he said.

Outa, said Kleynhans, was one of the organisations that had written to the city to register its disapproval of the proposal.

But beyond the electricity and refuse removal tariffs, DA shadow finance MMC, Patrick Atkinson, said he was worried the high rate increases that the city wanted to introduce would make Joburg an unattractive place to do business or live in.

He added that his biggest concern was how the city spent its money, making reference to the R700m expenditure on PPE, which is now the subject of a SIU investigation.

Prof Pundy Pillay from the Wits School of Governance said the city could be in an unhealthy financial situation due to the economic crisis the country found itself in — particularly on the back of the coronavirus pandemic.

“Joburg is not the rich place that everyone makes it seem. There are a lot of people who are battling to make ends meet. The impact on unemployment is devastating. The pandemic caused unbelievable harm to the socio-economic status of most people in cities,” Pillay said.

He also criticised the city’s revenue collection efforts in the case of non-payers.

“What the city is doing at the moment is that they are penalising those who are paying and not making any serious effort to collect from non-payers,” he said.

In September last year, the City of Joburg reported that it had recorded a significant under-collection of revenue of up to R2.9bn during lockdown levels 5 and 4.

President Cyril Ramaphosa has urged South Africans to play their role in improving energy security by continuing to pay for the electricity they use ...
News
1 year ago
Next Article