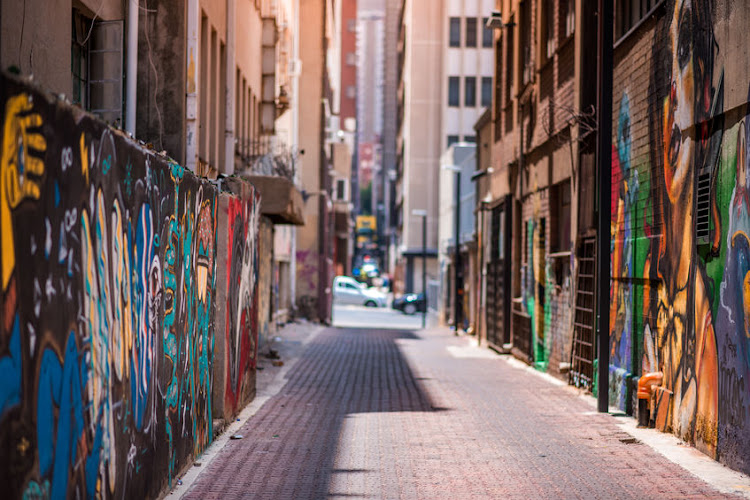 Chairperson of the Social Housing Regulatory Authority (SHRA) interim board Bathabile Dlamini says abandoned buildings in city centres should be used to address the housing backlog in SA.

This, she said, could be done by strengthening the relationship between local and provincial government.

“SHRA must maximise human settlements by working with municipalities to identify buildings that are no longer used in the cities so that more people stay closer to work.  That will be a bonus for women, because they can stay there with their kids and will have time to monitor their children as part of social cohesion.

The former cabinet minister made the remarks on Thursday when she appeared before parliament's portfolio committee on human settlements, water and sanitation to discuss the department’s finances.

The National Housing Finance Corporation (NHFC) was also in attendance.

Deputy minister of human settlements, water and sanitation Pam Tshwete on Thursday told parliament that the establishment of the Human Settlements ...
News
1 year ago

“We have to strengthen the arm of regulation and we are in the process of doing that because our role is to try to ensure that our environment is well regulated for the benefit of the tenants. But also, we must have a proper means test for the income bracket that we are supposed to take to our units because there is a problem around there,” Dlamini said.

“Water and lights must come directly from the municipality. It does not have to come through another person because the figures escalate. The person that is earning R3,000 is not able to keep up.”

Dlamini called on the regulatory authority to make information more accessible to the average South African.

“The forms are too big and they have hurdles for the blacks that must be removed. But also we must be transparent. SHRA is Gauteng and Cape Town, we must try to spread around and ensure that all provinces benefit.”

He explained that the NHFC operates as a development finance institution, is state-owned with an asset base of R6.2bn.

Earlier he told parliament that preparations to establish the Human Settlements Development Bank (HSDB) were at an advanced stage. “As we prepare to become the HSDB, the aim is to deliver sustainable, equitable, accessible value creation by effectively and efficiently providing quality funding and financial support.”

The NHFC, he said, had a responsibility to ensure that low income earners are not left behind and are integrated in human settlements.

The entity also assists developers who are delivering human settlement in privately owned rental housing, as well as student accommodation.

The NHFC’s Mandu Mamatela added that the housing market was still fractured.

“This is despite all the efforts being made by government and the entities. People want to live closer to work environments where they have access to transport. Affordability is a problem and because of Covid-19 and people losing their jobs, this has affected affordability.”

Mamatela said economic conditions were not favourable because of slow economic recovery. This, she said, had been worsened by the coronavirus pandemic.

She said the rental market was in a state of depression.

“We are finding that the intermediaries in this space are not even increasing the rentals, because of what has happened with Covid-19. The vacancy rate is at 16%.”

On the budget, she said the balance sheet was good to leverage debt.

Committee chairperson Rosina Semenya noted that there were a lot of people in acting positions. She asked, “When do you plan to fill these ... There is acting chair, acting CEO, can we get commitment that the process will be finalised as soon as possible?”

Responding to Semenya, deputy minister Pam Tshwete explained that there is an acting CEO because the contract of the previous CEO had expired. “We are in the process of filling that position. The advert for the position of the COO has been released and it is closing on May 3 2021.”

Thereafter, she said, the process of appointing the COO would unfold.

The hijacking of RDP houses or other social housing projects in Gauteng is a big problem which has seen local and provincial government being forced ...
News
1 year ago

The public housing backlog in the Western Cape stands at almost 600,000.
News
1 year ago
Next Article