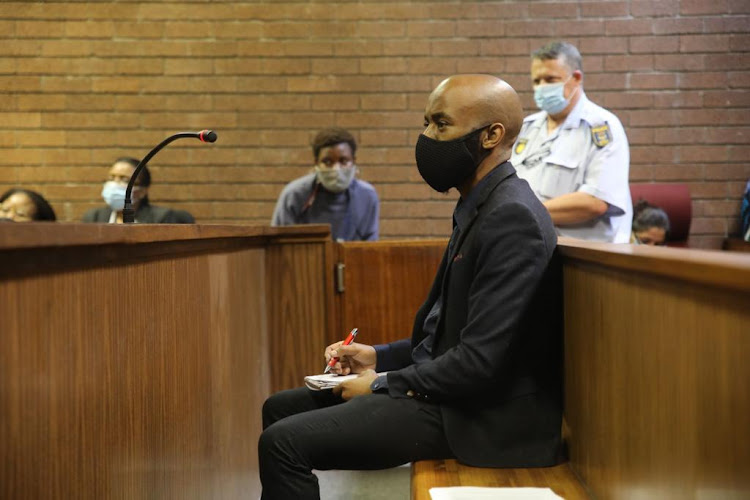 Ntuthuko Shoba willingly assisted the SA Police Service to help track down his lover Tshegofatso Pule’s killer by providing them with the CCTV footage from his complex in Westlake in Florida, the Roodepoort magistrate’s court heard on Monday.

During arguments in the packed courtroom, Shoba’s lawyer Shaddy Sithole said he also accompanied Pule outside his unit at the complex knowing there were cameras on the premises.

Shortly after Pule’s disappearance, Shoba rushed to the Florida police station to assist her family to report her missing, Sithole said.

Sithole said Shoba then also advised crime officers at the station to accompany him to his complex to review the footage, because there was a possibility “it could be automatically deleted”.

Sithole argued that Shoba alerted the police to the footage before they even knew it existed.

“It was the applicant’s [Shoba] conduct and initiatives that guided Florida SAPS and alerted them to the CCTV footage from the word go.

“It is clear that the applicant's conduct assisted the police in the investigation. His conduct shows that he did not tamper with such evidence.

“It is exceptional that he alerted the police to the footage in his complex,” Sithole said.

Shoba was arrested in February after the first person accused of Pule's murder last June, Muzikayise Malephane, entered into a plea agreement with the state. Now serving a 20-year prison term, he alleged he was hired to kill Pule because Shoba feared his wife would find out about her pregnancy.

In response, state prosecutor Paseka Temeki said it was false that Shoba assisted the police in catching Malephane.

“He played no part in doing so.”

Judgment in the bail bid has been reserved. The case is expected to return to court on May 7.

The JSE has fired Ntuthuko Shoba, the alleged mastermind of the murder of his heavily pregnant lover Tshegofatso Pule.
News
8 months ago

Ntuthuko Shoba, the man accused of murdering his lover Tshegofatso Pule, is not playing open cards with the court about his financial affairs during ...
News
8 months ago
Next Article