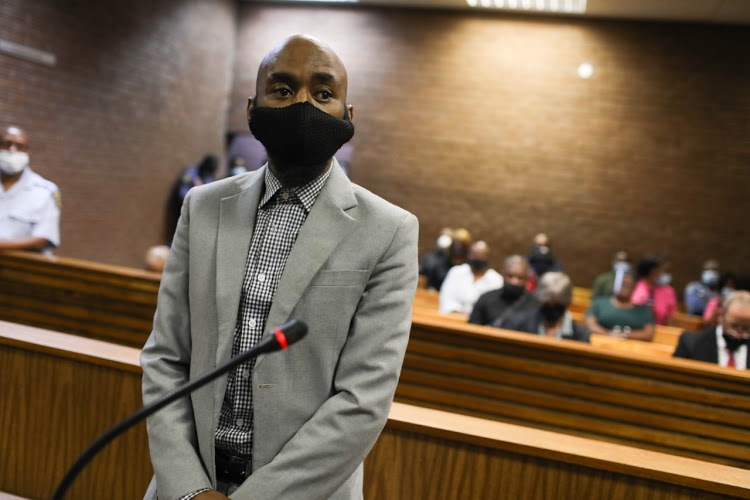 The alleged mastermind behind the murder of Tshegofatso Pule, Ntuthuko Shoba, will reapply for bail based on new facts.
Image: Alaister Russel/The Sunday Times

Ntuthuko Shoba, who is accused of ordering the murder of his lover Tshegofatso Pule when she was eight months pregnant, will reapply for bail on March 25.

NPA spokesperson Phindi Mjonondwane said Shoba had appointed a new legal team and would be reapplying for bail based on “new facts” at the Roodepoort magistrate’s court.

Shoba was previously denied bail at the same court by magistrate Delize Smith, who said he had failed to show that he would stand trial. The magistrate also said his affidavit stated the bare minimum.

Shoba was arrested in connection with the June 2020 murder after he was implicated by Muzikayise Malephane, who pleaded guilty to the killing.

The 32-year-old had asked for bail of R2,000, saying he feared for his life in jail after receiving death threats.

Nyangiwa said the threats were also made in the corridors of the prison where Shoba was being held.

The man accused of being the mastermind behind the killing of Tshegofatso Pule has told the court that his life is under threat even as he is in ...
News
1 year ago
Next Article