‘I would never kill my child’s mother’

State has no case against me, says slain Tshegofatso Pule's lover 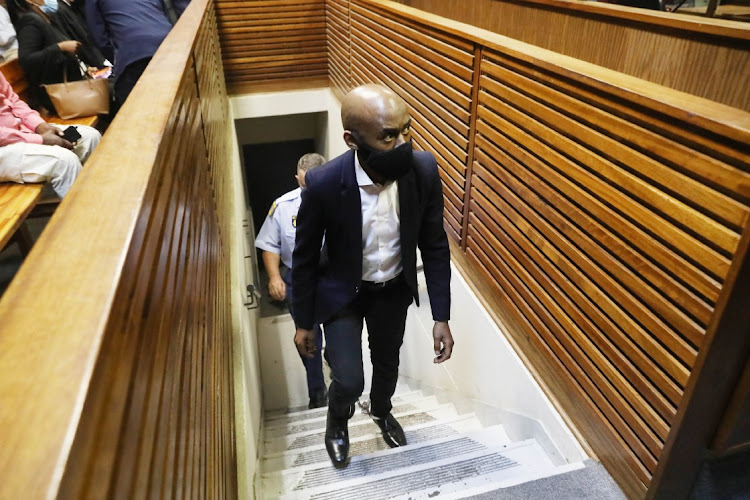 The man accused of being the mastermind behind the killing of Tshegofatso Pule says he could not have killed the mother of his unborn child after supporting her during her pregnancy.

During his bail application on new facts in the Roodepoort magistrate’s court on Tuesday, Ntuthuko Shoba told the court that the state’s case against him was weak as it entirely relies on the guilty plea that was made by Muzikayise Malephane.

Shoba it was he who informed the police about the CCTV footage that was at his complex on June 4, the day Pule was last seen with him.

“The state has no strong case against me. The state relies on the guilty plea of Malephane. I submit that had I hired Malephane to murder the deceased, I would not have informed the police about the CCTV footage in my complex. I have financially been there for the deceased and my unborn child. My bank statement will back me up.

“The state has no strong case as the police have had my mobile phone since June 2020 but failed to arrest [me] as there was no evidence linking me to the crime. I challenge the police to print any conspiracy to prove that I have had a conversation with Malephane to murder the deceased. The police could have arrested me last year if there was something incriminating me. They, however, waited for a guilty plea to link me with the crime,” Shoba said.

Malephane, 31, was arrested in June last year in connection with Pule’s murder. He entered into a plea bargain to turn state witness against Shoba. Malephane confessed that Shoba allegedly hired him to murder Pule to hide her pregnancy from his wife. He said that he was promised R70,000 for the killing.

Pule’s body was found stabbed and hanging from a tree in a veld at Durban Deep in Roodepoort on June 5. She was eight months pregnant when she was murdered.

Shoba said Pule visited his house on June 4 to update their baby shopping list. The two had planned to purchase the items for their unborn child on June 6, he said.

Ntuthuko Shoba, the man accused of being the mastermind behind the murder of his eight-month pregnant lover Tshegofatso Pule, has made startling ...
News
6 months ago

“At about 10pm, she told me that her transport has arrived and needed to go. I was first surprised that she had called her own ride as she usually asks me to call her an Uber to take her home. She had spent most of the time texting on her phone.

“The deceased went to the front passenger door of the vehicle. She then knocked on the window. I then heard her uttering the words ‘whose car is this, look how drunk you are’. I could not hear the response from the driver nor did I see the driver’s face as it was dark and I was standing a few metres away,” he said.

He told the court that he was not worried about Pule boarding unknown vehicle as it was apparent to him that she knew the driver of the vehicle and had made prior arrangement to be picked up.

But Shoba said on June 7  he got a call from one of Pule’s cousins informing him that they would be opening a case of a missing person at the Florida police station because she had not returned home since June 4.

He told the court that he gave all the information he had to the police. Shoba works for the JSE. He is now on a cautionary leave.

He asked the court to grant him bail in order for him to take care of his 82-year-old grandmother who  is diabetic and has a heart problem. He also said his business — a butchery/car wash was struggling and four of his workers have been laid off.

Shoba, 32, was arrested in February, a day before Malephane was sentenced to 20 years' imprisonment for his role in Pule’s murder. He alleged that he knew Malephane as the man who used to sell him cigarettes and alcohol during the lockdown last year.

The case has been postponed to April 22 to allow the state to respond to Shoba’s application.

Ntuthuko Shoba, who is accused of ordering the murder of his pregnant girlfriend Tshegofatso Pule, is expected to apply for bail on new facts in the ...
News
6 months ago

Ntuthuko Shoba, who is accused of ordering the murder of his lover Tshegofatso Pule when she was eight months pregnant, will reapply for bail on ...
News
6 months ago