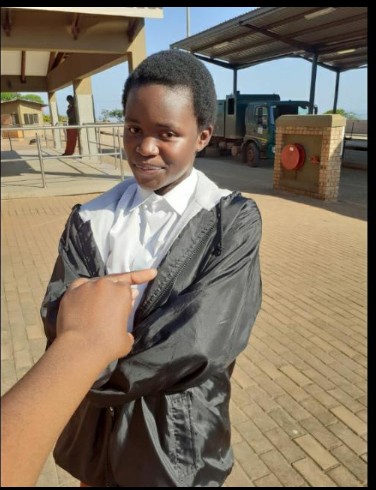 Lufuno Mavhunga from Nzhelele in Limpopo allegedly committed suicide after a video of her being bullied by fellow pupils went viral.
Image: Supplied

The case of a 14-year-old girl arrested in connection with the assault on schoolgirl Lufuno Mavhunga has been postponed to Thursday.

The teenager, who made her first court appearance on Friday, appeared again in the Thohoyandou children’s magistrate’s court on Tuesday for her bail application.

National Prosecuting Authority (NPA) spokesperson in Limpopo Mashudu Malabi-Dzhangi said the matter will be rolled over for a new presiding officer.

“The matter of a child in conflict with the law could not continue today in the Thohoyandou children‘s court,” she said.

“The case will be rolled over to April 22 to have a new presiding officer, and the docket should be referred to the office of the director of public prosecutions to receive the certificate.”

'She cried in my lap': Tears flow at memorial for bullied Lufuno Mavhunga

'Whatever happened to her was something so heavy she could not take it any more,' said her older brother Dakalo.
News
3 weeks ago

News of Mavhunga’s death made headlines after the 15-year-old took her own life by overdosing on pills last week just hours after being beaten by another pupil.

Footage of the incident was shared on social media. It showed Mavhunga being repeatedly slapped in the face by the perpetrator.

Malabi-Dzhangi said the teenager remains in a youth centre. She was arrested last Wednesday.

Mavhunga was buried in Limpopo on Saturday.

KZN teen sentenced to a year's community service for bullying

A 16-year-old schoolgirl was given a community-based sentence of 12 months by the Mahlabathini magistrate's court after she was convicted of assault ...
News
3 weeks ago
Next Article