Action to be taken against teachers at Lufuno Mavhunga's school after viral video, says Angie Motshekga 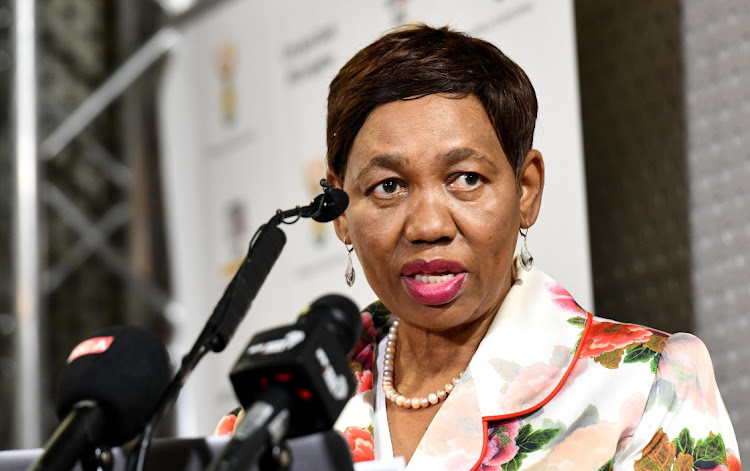 “Proper school protocols” will be taken against the teachers of Mbilwi Secondary School in Limpopo after a video of a 15-year-old bullying Lufuno Mavhunga went viral, says basic education minister Angie Motshekga.

In the video, Mavhunga, a grade 10 pupil at Mbilwi Secondary School in the Vhembe East education district, is seen being confronted by two girls.

One of them signals the other to move while she gets closer to her to slap Mavhunga countless times. The victim grabs the pupil who is assaulting her in an attempt to block the blows.

Other pupils can be heard in the background cheering the alleged perpetrator, who is also in grade 10.

According to a Jacaranda FM report, Motshekga, during her visit to the school, said she was awaiting a report into the incident from the school management and protocols such as disciplinary measures would be taken against teachers.

“We will be informed by the report and what our policy says. We can't pre-empt what it will say and we can't say yes if they were negligent we will fire them.

Police spokesperson Brig Motlafela Mojapelo said the police arrested the 15-year-old from the school on Wednesday over the assault. He said the minor will be dealt with in accordance with the Child Justice Act.

Mojapelo said an inquest docket had been opened into Mavhunga's death, and a police investigation was ongoing.

Speaking to sister publication TimesLIVE, Mavhunga's older brother Dakalo said the perpetrator attacked his sister because she blocked her on WhatsApp and Facebook as she was sending insulting messages to her.

He said her death “hurt us a lot” because “she was a very peaceful person and she had love”.

“As a family all we want is for Lufuno to find justice from what she has faced, maybe after that her soul will rest in peace.”

Lufuno Mavhunga from Nzhelele in Limpopo allegedly committed suicide after a video of her being bullied by fellow pupils went viral.
News
3 weeks ago

Family in the dark after bullied pupil's death

The family of a 15-year-old girl who allegedly committed suicide after she was bullied say they are still in the dark about events that led to their ...
News
3 weeks ago
Next Article