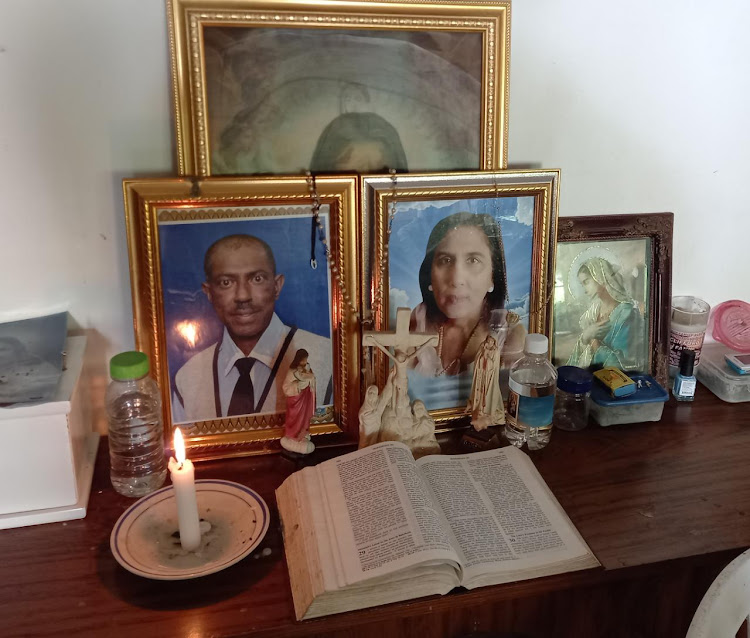 Rosemary Frank died shortly after the electricity was disconnected at her Durban home. The 63-year-old was dependent on an oxygen machine that needed power to operate.
Image: Nivashni Nair

ActionSA president Herman Mashaba wants the eThekwini municipality to be charged for the death of a Newlands mother, after her oxygen machine could not function following their electricity being disconnected for being in arrears.

Mashaba met 63-year-old Rosemary Frank's family at their home in Durban on Thursday to inform them that his party had instructed a lawyer to pursue the matter.

“I heard about this case and I got angry. The family must get justice, so we will take on this matter and be invoiced for it. The municipality must be held responsible.”

Mashaba shook his head in disbelief when Frank's daughter, Loreal, explained that on March 25 she had begged municipal workers to give her five minutes to allow the generator to switch on so her mother's oxygen machine would be able to work. Frank was dependent on the machine as she suffered from chronic obstructive pulmonary disease.

The family told Mashaba that Frank had died minutes after the electricity was disconnected.

Loreal said they owed R19,000 to the municipality. They had paid an amount of R2,000 two weeks before the electricity was disconnected.

ActionSA president Herman Mashaba told Rosemary Frank's family his party would help them pursue legal action against eThekwini Municipality. Frank died when the electricity was disconnected despite pleas for five minutes for the generator to switch on for her oxygen tank to work pic.twitter.com/H7FDIVEfb7

A day after her mother's funeral the electricity was disconnected again, forcing family members to rush out to find an outlet to pay the bill on a Sunday.

“It is a very sensitive issue. We just cannot come to terms with what has happened,” Loreal said.

Mashaba said it was alleged that the family's electricity bill was incorrect and that municipal workers had acted “mercilessly” when they claimed to be “just doing our job”.

Municipal spokesperson Msawakhe Mayisela said mayor Mxolisi Kaunda had ordered an urgent investigation to ascertain the veracity of these allegations.

“This isolated incident must not be misconstrued to mean that our city is not caring. We are a caring city and the welfare of our residents will always be a priority,” he said.

“Bearing testimony to this is that we have debt relief programmes, where we are inviting our residents who are battling to pay their debts to make arrangements with us to gradually settle their debts with instalments that are affordable to them. We are appealing to be given space to get to the bottom of this matter, and we make an undertaking that once we are done with the investigation, we will communicate our next course of action.”

Lawyer Warrick de Wet said the municipality could possibly face a murder charge because, while it may have not been their intention, their action was a possible risk to someone's life, as the daughter had explained to the municipal worker.

Precious Moilwa’s health condition necessitated that she hire an oxygen machine at a cost of R2,000 a month.
News
2 years ago

For Precious Moilwa, every scheduled electricity outage could be her last breath.
News
2 years ago
Next Article