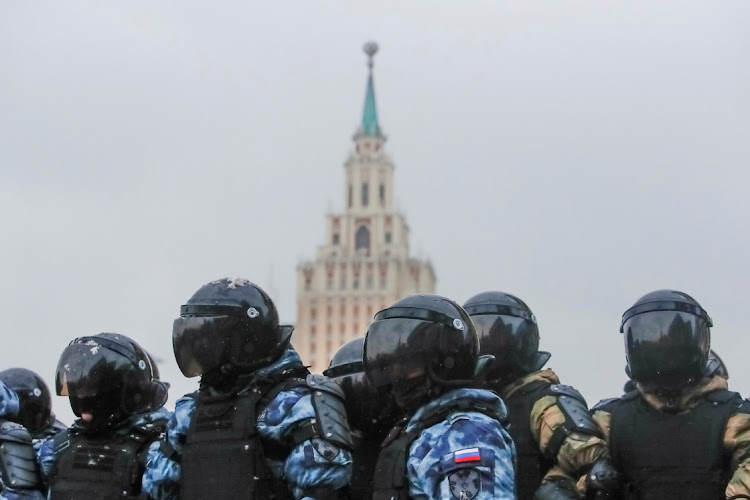 The panel of experts commissioned to review and recommend how to improve the SAPS suggested SA take note of how Russian authorities enforced more stringent conditions for people wishing to join the service.

In their almost 600-page report titled "Panel of Experts on Policing and Crowd Management" which contains 136 recommendations, the panel said the mass recruitment process used by the SAPS compromised the quality of its members.

It was revealed that between 2003 and 2012 the SAPS had recruited 123,000 new personnel — a number the panel believed to be excessive.

“In the Russian Federation one of the elements of police reform was reducing the number of police personnel with a greater focus on ensuring the quality of personnel,” the report read.

“It is clear that the policing of modern societies requires police services that are able to rely on the expertise of personnel with a diversity of appropriate tertiary qualifications.

“In SA, tertiary qualifications for police are provided by a range of universities. There is a need to strengthen the contribution of the tertiary education sector in order to optimise its role in promoting professional policing that is appropriate to the SA context.

“Professionalisation also requires succession planning. The panel was for instance informed of a SAPS member with critical ballistic skills who intends to retire, and with no succession plan in place,” the report said.

The expert panel was chaired by the late judge David Sakelene Vusimuzi Ntshangase and included security experts, police union representatives and senior officials within the visible policing division of the police.

The panel was appointed after the findings and recommendations from the Farlam commission that looked into the 2012 Marikana tragedy where 44 people, including 34 mineworkers, died in strike-related unrest at the Lonmin platinum mine. The miners were shot by the police.

While unveiling the report on Monday, police minister Bheki Cele said the SAPS was becoming more of an employer of choice for the youth.

“We are pleased that the SAPS is now an employer of choice for graduates of law, criminology, forensics and other policing-related degrees. Attracting the best will bolster policing and better serve South Africans,” he added.

Cele revealed that the SAPS had spent half a billion rand strengthening its public order police unit, which over the years has faced criticism. He said the money had gone towards equipment and training.

The panel has recommended that a national policing board (NPB) be established through legislation. “The NPB should have multisectoral and multidisciplinary expertise to set objective standards for recruitment, selection, appointment and promotion of SAPS members,” read the report.

“The board should be tasked with reviewing and further improving the criteria for all commissioned officers starting with the post of the SAPS national commissioner, which at this time does not have adequate minimum criteria from which to assess potential candidates.

“The NPB should be composed of between seven and nine individuals who are widely recognised as professionals who understand the demands of executive management and ethical decision-making in large public-sector organisations.”

A culture of silence and failure to report misconduct in police ranks has led to more police officers in SA being involved in criminality.
News
1 year ago

National police commissioner Gen Khehla Sitole says the use of rubber bullets to disperse protesting crowds will not be stopped. However, changes ...
News
1 year ago

Some of the money went towards two-way radios, loud hailers, video cameras and PA systems for better communication during operations. Other funds ...
News
1 year ago
Next Article