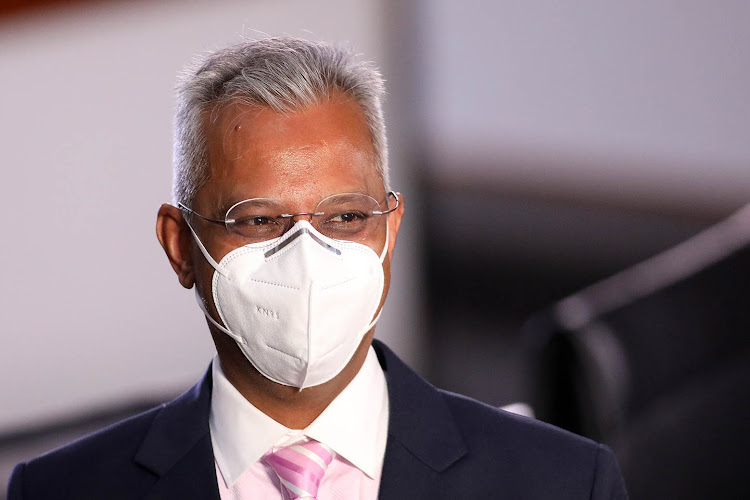 The motives of former Eskom chief financial officer Anoj Singh’s private meetings with prospective contractors of the power utility even before he took over, has come under scrutiny before the commission of inquiry into state capture.

Singh returned to the stand before the commission on Thursday to testify on allegations that he had aided corruption that involved the Guptas and their associates while at Eskom.

Singh was dealing with his 2015 secondment from Transnet to Eskom as well as controversial contracts he helped facilitate between the power utility and Gupta-linked Trillian and McKinsey, among other issues.

McKinsey and Trillian have been at the heart of the looting of billions of rands from Eskom with the help of the entity’s top executives.

The commission has heard how Eskom dubiously paid R1.6bn to the two companies for a consultancy project under the stewardship of Singh.

Singh was grilled on why he had held a string of private meetings with McKinsey and Regiments over the  business proposals made by Trillian and McKinsey to Eskom, even before he joined Eskom.

Former minister Dipuo Peters failed to appoint a permanent CEO for Prasa despite a recommendation by the board to do so - but said she had no regrets.
News
1 year ago

Former Transnet and Eskom finance boss Anoj Singh on Friday told the state capture inquiry he visited the Gupta residence in Saxonwold no more than ...
News
1 year ago

Evidence leader advocate Pule Seleka pointed out to Singh that McKinsey senior partner Alexander Weiss had testified before the commission that the meetings with Singh and former Eskom CEO Brian Molefe included a turnaround programme and the top engineers’ programme where Eskom engineers would be trained by McKinsey.

Singh however disputed that he participated in the discussions, which predated even his approach by then public enterprises minister Lynne Brown for the Eskom secondment.

“I don’t deny that that is exactly what he stated. What I deny is the fact that he engaged with me at that time in relation to Eskom-related matters. At that time, my only interaction with McKinsey was relating to Transnet,” Singh said.

Former Regiments Capital employee and Trillian Financial Advisory CEO Mosilo Mothepu also told the commission that Singh had  outlined his plan for the first 100 days at Eskom during the private meetings.

Commission chairperson, deputy chief justice Raymond Zondo, questioned why Singh took part in the meetings to discuss Eskom matters with outsiders while he was  not part of the organisation and with no Eskom representative present.

Singh said the meetings were held at the request of McKinsey, adding that they had sought his views on Eskom’s liquidity challenges as opposed to those of the then Eskom acting chief financial officer because his was “independent”.

The commission has previously heard how Singh’s friendship and dealings with the Guptas saw him allegedly picking up bags full of cash frequently from their Saxonwold compound.