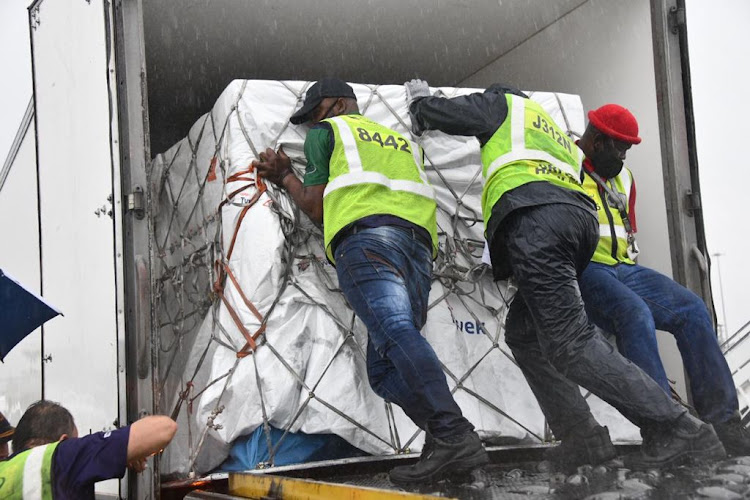 Parliament's standing committee on public accounts (Scopa) wants an open tender system for the storage and distribution of the Covid-19 vaccine.

In a statement on Tuesday, committee chairperson Mkhuleko Hlengwa said the committee has written to health minister Zweli Mkhize and finance minister Tito Mboweni to request an open process for tenders to be issued for storage and delivery of the vaccine.

This comes a day after the country received its first batch of vaccines from India.

“The committee has requested the two ministers to ensure that there is a transparent public adjudication of the tender processes.

“Furthermore, the committee calls upon the executive to ensure that all normal tender processes are adhered to, according to  Note 3 of the National Treasury regulations and the Public Finance Management Act,” said Hlengwa.

His statement comes amid heightened fears of possible corruption linked to the vaccine storage and distribution tenders. Last year companies with ties to ANC leaders were linked to corruption in the procurement of Covid-19 personal protective equipment.

Ramaphosa's then spokesperson, Khusela Diko, is facing disciplinary action after a probe by the Special Investigating Unit which was triggered by dubious tender processes in the Gauteng department of health.

She is friends with former minister Bandile Masuku, whose department issued multimillion-rand PPE tenders to Royal Bhaca, a company owned by her husband, Thandisizwe Diko.

Masuku has since been sacked after being implicated in the case. A number of other serving ANC councillors have been implicated in misappropriating food parcels meant for Covid-19 relief.

“According to the committee, the distribution of the vaccine is a turning point in the fight against Covid-19 and therefore the country cannot afford the recurrence of maladministration and fraud in the tender process for the vaccine as happened in the procurement processes for personal protective equipment (PPE),” said Hlengwa.

“The committee said it is important to close all the gaps and loopholes that can be exploited by those who want to benefit from this pandemic that has taken lives of thousands of South Africans.”

He said the public purse had already been overstretched by the Covid-19 pandemic.

“It is important therefore that this process is done properly right from the beginning. Parliament cannot be complacent at this juncture and must ensure that oversight is exercised over the procurement processes for the Covid-19 vaccine.”

KwaZulu-Natal is set to receive its first Covid-19 vaccines on February 14 for a massive rollout programme in which 163,256 health personnel will be ...
News
11 months ago

Health minister Zweli Mkhize is adamant that corruption entwined with the country's Covid-19 pandemic will be rooted out, and those implicated will ...
News
1 year ago
Next Article