Alcohol sales off to slow start as booze ban is lifted 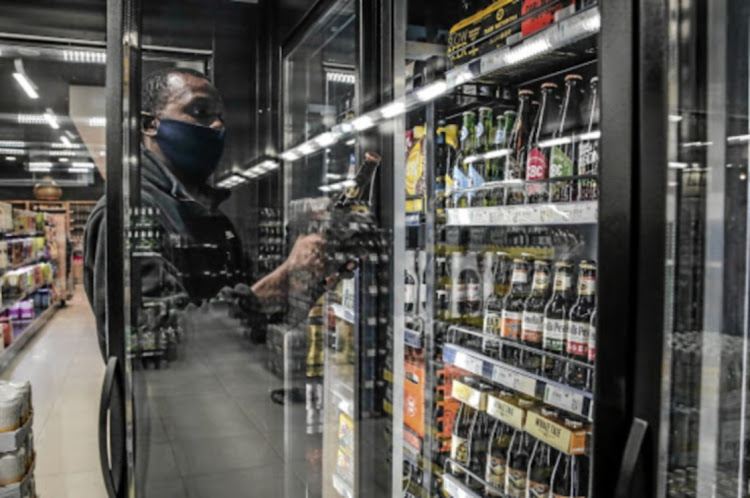 Liquor stores reported a slower start than expected when they opened their doors on Tuesday. However, many customers were ecstatic, kissing the ground and describing the day as being like a birthday. File photo.
Image: Sebabatso Mosamo

Sales at some liquor stores were off to a slow start on the first day of trading since the ban was lifted on Monday night.

President Cyril Ramaphosa announced just after 8pm that the ban on the sale of alcohol would be lifted from Tuesday at 10am. Alcohol may now be sold from Mondays to Thursdays 10am-6pm for off-site consumption (in other words, by retailers).

In a snap survey TimesLIVE conducted on Tuesday afternoon, managers at liquor stores said they were not as busy as they had expected to be.

“There were no queues at all. People are either at work or do not have money,” said Manny Capitao, manager at Liquor City on Jan Smuts Avenue, Johannesburg. He said he could not stock up before the ban was imposed as it came in with immediate effect in December.

“We have some stock, but we will have to order again.”

“It’s not like the last time when we reopened after a ban was lifted. I suppose people are at work and the economy has knocked us all,” he said.

De Jesus said he was not worried about his supply of alcohol as he had “plenty”.

Michelle Mann of Tops in Ferndale said sales were slow but she was grateful for the turnover.

“It’s not as busy as we thought but we’ve got people coming in.”

She said although they had stock, it was not enough as there had been no time to buy before level 3 lockdown was declared.

She said she would not be running any specials until at least next week.

Asked if customers were happy liquor stores were open, Mann said: “Extremely happy. One lady was saying it was her birthday yesterday, so this was like her birthday gift.

“Some said it feels like Christmas. We had others going down on the floor and kissing it when they came in. It’s like a kid and candy.”

She said they were also happy to be operating again.

“It’s bitter sweet in terms of limitations on operation days. The most important thing though is that we are working.”

She said they did not have any issues with expired booze as they had done an expiry count before the lockdown.

President Cyril Ramaphosa announced on Monday that SA will remain on adjusted lockdown alert level 3 but he said that many restrictions will be ...
News
1 year ago
Next Article