'Now she is no more, we weep' — Remembering Sibongile Khumalo 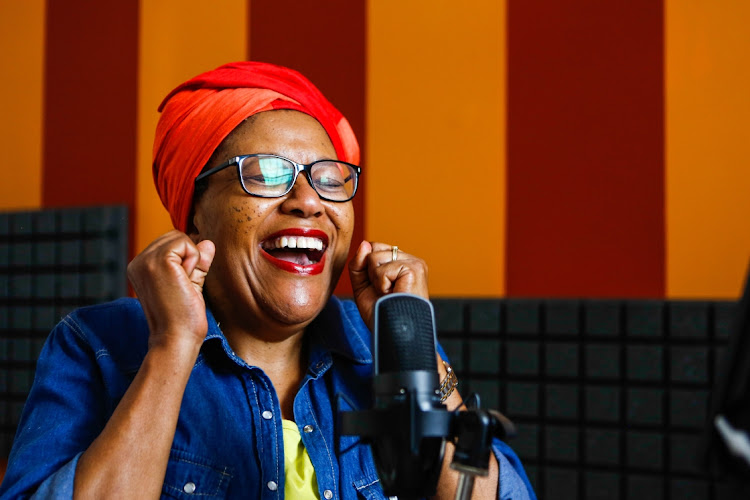 When the late mezzo soprano Sibongile Khumalo celebrated her 60th birthday in 2017 with a three day music feast she wanted to acknowledge that she had grown beyond the facets of classical, jazz and indigenous music.

Khumalo who died yesterday at the age of 63 presented the concert live at the Market Theatre in Newtown. The event featured Lindiwe Maxolo, Nomfundo Xaluva, Mimi Ntenjwa and a young orchestra, who interpreted her music. Speaking to Sowetan then, she defined the celebration as “the best birthday gift that anybody could have offered her”.

On the night that was also graced by the presence of Prince Mangosuthu Buthelelezi, Khumalo belted a few songs of Princess Magogo ka DinuZulu from The Princess Magogo ka Dinuzulu Opera. In 2019, Khumalo was featured in the Standard Bank Joy of Jazz where she gave her greatest performance. She had a chance to perform with her highly talented son Tshepo Mngoma on stage.

The songstress who had a reputable international profile inspired the creation of new music by South African composers in the classical art song, opera as well as jazz genres.  Khumalo was also praised for a unique skill of being able to interpret other people’s songs without losing the meaning. As much as she was known for her vocal abilities, Khumalo was also a greatest violin player.

We honour Sibongile Khumalo by celebrating the icon through her incredible achievements.
S Mag
1 year ago

Details around Sibongile Khumalo's death are yet to be released.
News
1 year ago

Khumalo’s closes friend Nomsa Manaka told SowetanLIVE that she lost a friend and sister in Khumalo. The two who were very inseparable met at Funda Arts Centre. Manaka revealed that when she first met Khumalo she hated her wholeheartedly.

“Sibongile was a music teacher and I was a dance student when I first saw her when my late husband Matsemela Manaka brought her in I was irritated. But when we finally became friends we were inseparable.”

Manaka’s husband who was a playwright, poet and visual artist wrote a play called Gorée featuring Khumalo and Manaka. The play toured the world.

“Sibongile was not just a friend she was a sister. I learnt a lot from her. I learnt the importance of generosity because she was very generous.  She fought for the rights of her musicians to be treated well. I learnt to be humble from her. She was overprotective and strict.”

Manaka said among the things she will miss about Khumalo was her laughter, her teachings and how she sang for her on her birthday.

Fellow musician Phinda Mtya Matlala said: “Sisi was very over protective of people she loved. She did not open up easy but when she did you will love it. She was very nurturing. Those who were close to her like us know that she had a great sense of humour and was very naughty. When it comes to her talent, she had a rare combination of being an academic and also having an amazing talent. She loved acquiring more knowledge.”

Minister of sport, arts and culture Nathi Mthethwa defined Khumalo as an ambassador of our heritage.

“She was a musical genius who enchanted diverse audiences all over SA and beyond. She will eternally be remembered for her repertory which was similarly eclectic. She was a musical maestro who made it her life’s purpose to tell the story of our people through music. She left a legacy that will forever go down the annals of history. She enthralled audiences across the globe, as a multitalented, soulful and dynamic musician and an ambassador of our heritage.”

“Mama Khumalo was a consummate leader, distinguished performer, music healer, woman of fortitude and mother to the arts. Whenever the land and its people needed healing and restoration, the elders knew of a talisman who could perform the great deed. Now she is no more, we weep.”

“Her soul stirring melodic voice was able to strike a chord whenever to whomever she performed. Using her craft in activism, she was a voice for the voiceless and stood up for those who could not stand for themselves. SAST had the honour to work with Mama Khumalo during the theatre’s Women’s Month Celebration programme, held under Covid-19 Lockdown conditions in September 2020.”