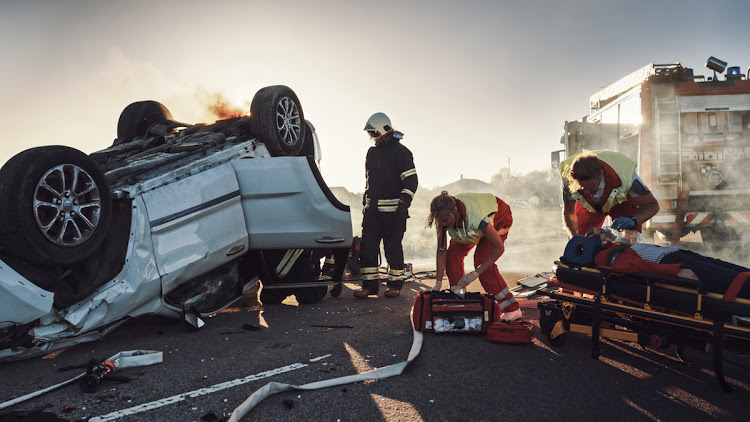 Minister of transport Fikile Mbalula has released preliminary stats on fatalities on SA roads since the start of the festive season.
Image: Supplied/N3TC

Nearly 700 people have died on SA roads since the start of the festive season, transport minister Fikile Mbalula said on Tuesday.

“It is regrettable that 690 people lost their lives on our roads over the period December 1 to 20, compared to 732 over the same period in 2019,” Mbalula said during the release of preliminary festive season fatality statistics.

“These fatalities that could have been avoided, amplify the pain of those whose loved ones have succumbed to Covid-19 while other relatives perish on our roads.”

According to Mbalula, these three provinces recorded an increase in the number of fatalities compared to the same period last year:

The six other provinces recorded a decline in fatalities:

Mpumalanga MEC for roads and transport Gillion Mashego has warned traffic officers to refrain from taking bribes from motorists because that will ...
News
1 year ago

He said traffic law enforcement officers would remain vigilant and intensify efforts to stop the carnage on the roads.

“Our tactics will include visibility in residential areas and in the proximity of places where festivities occur in order to deter those who would otherwise be emboldened to drive under the influence of alcohol.

“In the coming days we will intensify our focus on hotspots and will continue to ensure that those who should not be on the road, are not on the road. We will equally intensify the enforcement of alert level 1 regulations and directions without fear or favour. This includes enforcing the curfew for all road users.”

He said the statistics showed that the roads were “fairly” busy during the first peak -between December 18 and 19.

Over this period, an average of 2,439 vehicles per hour were recorded on the N1 from Gauteng to Limpopo.

The N3 from Johannesburg to Durban recorded an average of 1,547 vehicles per hour. This was marginally lower than the same period in 2019, the minister said.

Traffic officials, Mbalula said, conducted 416 roadblocks from December 1 to 20, with 634,166 vehicles having been stopped and checked.

“A total of 109,529 motorists were issued with traffic fines for various offences. On the other hand, a total of 2,415 vehicles were discontinued, while another 1,801 vehicles were impounded.”

“The highest speed was recorded on the N1 near Ventersburg in the Free State where a motorist was caught travelling at 242km/h,” Mbalula said.

“These preliminary statistics demonstrate that the vast majority of motorists are law-abiding citizens, who obey the rules of the road. Yet there are those who pay scant regard to the rules and place the lives of others at risk through irresponsible, reckless and negligent behaviour. These are the people who do not deserve our mercy. These are criminals we must throw a book at.”

Mbalula condemned “dastardly” acts of people who were caught on video gathering and partying on the side of the roads, with no regard for Covid-19 regulations.

“We are equally appalled by video clips of disgraceful behaviour by young people, in what is referred to as a Dinho convoy along the R80 Mabopane highway into the Daspoort tunnel, who were partying, drinking and blocking the road in large numbers,” he said.

“These dastardly acts invariably end in tragedy, as was the case with the Mabopane incident.”

Travellers are sleeping in their parked vehicles while waiting to cross the Beitbridge border post in Limpopo, where queues of trucks, taxis and cars ...
News
1 year ago

One of the key focus areas for traffic law-enforcement officers this festive season is to decrease the number of fatalities of road users aged ...
News
1 year ago
Next Article