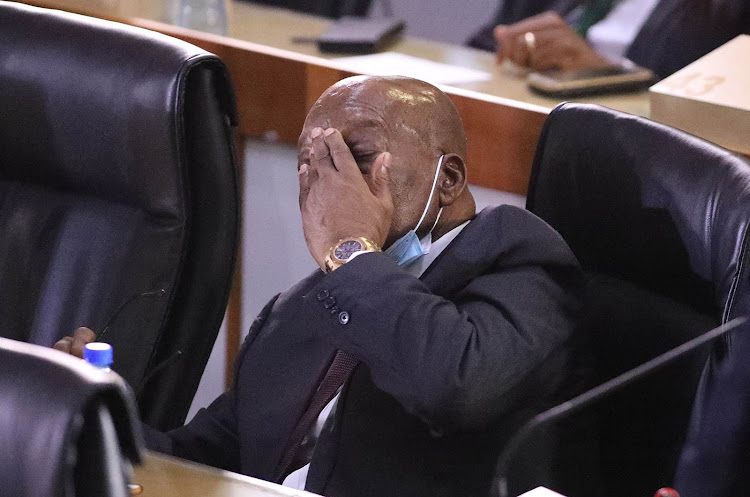 State capture commission chairperson Raymond Zondo has alternative ways to deal with former president Jacob Zuma after he walked out of the hearing without permission yesterday.

Two legal experts said he could either issue a warrant of arrest or refer the matter to the National Prosecuting Authority to charge him with contempt.

Zuma left the commission of inquiry without Zondo's permission. This came after Zondo dismissed Zuma's application to recuse himself from the hearings as he believed they were friends.

Zondo has denied this.

The commission had adjourned for a tea break after Zondo handed down his ruling.

When the commission resumed after about an hour, Zondo announced that Zuma had left without his permission.

Zondo had summoned the former president to appear before the commission between November 16 and 20 to respond to allegations which emerged during the testimony of several other witnesses.

He said the commission would "reflect" on the development which he described as "a very serious matter".

Zondo said in terms of the commission's stance, Zuma was supposed to take the stand after the ruling on his application for Zondo's recusal and answer questions about various matters forming part of what the commission was investigating.

Zuma's lawyer Muzi Sikhakhane SC indicated before the court adjourned for a tea break that they will excuse themselves from the proceedings as Zuma wants to lodge a complaint against Zondo with the Judicial Services Commissions because the deputy chief justice has become "both the judge and a witness" in a matter that involved him.

Dr Llewelyn Curlewis, a senior lecturer at the University of Pretoria, said Zuma was in contempt of the judicial inquiry by leaving without permission when he had been summoned to be there.

"The commission can issue a warrant for his arrest and when he's arrested and brought before the commission, a formal inquiry called a summary inquiry into his contempt," Curlewis said.

"In terms of our Criminal Procedure Act, for the fact that Zuma was supposed to be there and stay in attendance until excused and he refused to do, so it means he refused to comply with that action and is probably guilty of that offence."

Curlewis said another option for Zondo was to refer the matter to National Director of Public Prosecutions, Shamila Batohi, to charge Zuma before a criminal court for contempt.

He said the usual sanctions for contempt were a fine or short-term imprisonment.

Professor Stephen Tuson from Wits said: "That is standard law, you can't ignore summons or subpoenas, if you do you can get a warrant for your arrest and there must be an inquiry to establish if there was a just excuse  for your failure to appear and remain in attendance until excused by a court of law.

"Clearly, Zuma didn't remain in attendance until he was excused and so he could have a warrant for his arrest and answer an inquiry into why he was absent," Tuson said.