Zondo to rule on Zuma's recusal application on Wednesday afternoon 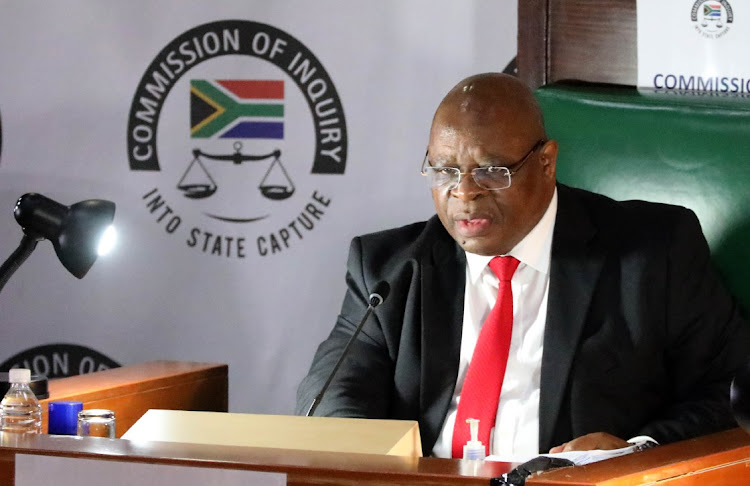 The state capture inquiry has announced that its chair and deputy chief justice Raymond Zondo will deliver his ruling in former president Jacob Zuma's application for his recusal at 3pm on Wednesday.

Zondo said on Tuesday that he was not ready to deliver his ruling on the application but was aiming to do so on Wednesday morning.

A media statement released by the commission on Wednesday morning stated that the ruling will now be delivered in the afternoon.

Zuma's legal representative advocate Muzi Sikhakhane before the commission on Monday argued that Zondo's comments during and after the testimony of some witnesses fed into the narrative that Zuma is the man who destroyed our country.

According to Sikhakhane, the inquiry's selection of witnesses was also a cause for concern for Zuma.

The commission's evidence leader advocate Paul Pretorius, in response, argued that Zuma's arguments have failed to meet the standard set by the Constitutional Court for a judge's recusal.

He argued that there was nothing on record that showed any bias by Zondo against the former president.

Zuma had already indicated that he wouldn't attend Wednesday's proceedings as he had a funeral to attend.

Zondo must stay put at inquiry

State capture commission chair Raymond Zondo will this week decide whether to recuse himself as applied for by former president Jacob Zuma.
Opinion
11 months ago
Next Article