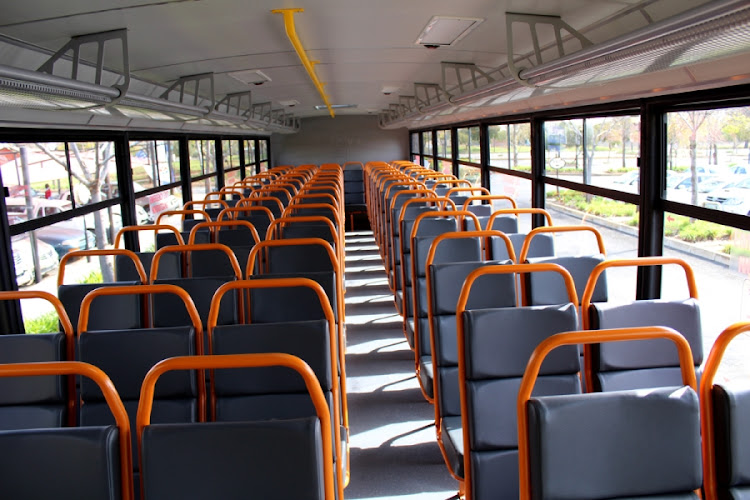 A bus driver in Matatiele has been suspended after he allowed a school pupil to take the wheel.
Image: Man Truck and Bus SA

A bus driver has been suspended — and the company he worked for has lost its government transport contract — after he let a Grade 10 pupil drive the bus while he stood behind her and allegedly drank a beer.

The incident, which involved a pupil from Moshesh Agricultural Senior Secondary School, near Matatiele in the Eastern Cape, occurred last week as the bus was transporting pupils home after school.

Another pupil filmed the unidentified Grade 10 pupil driving the bus, and then posted the video on social media, where it went viral.

In the video, the driver can be seen standing alongside the pupil and drinking what looks like a beer.

“It is very clear the bus was being driven by the pupil,” said Eastern Cape education department spokesman Monwabisi Mbangeni.

“Obviously, she does not have a code 14 licence.”

Mbangeni said the department on Monday cancelled its contract with the operator, Mopheme Transport Cooperative, which supplies transport to schools in the district.

“We can't proceed with a person who is playing with peoples' lives,” he said.

The department was sourcing alternative transport providers to bus the pupils to and from their schools.

Matatiele mayor Momelezi Mbedla said the incident could have ended in tragedy.

“It was something that got out of hand,” he said, adding that the video going viral had allowed the situation to be brought under control “before it became a problem”.

The transport department was also investigating the matter.

According to the education department's website, Moshesh Agricultural Senior Secondary School was set up to help food security, and equip its learners to be self-sustainable after passing matric should they fail to pursue tertiary education.

“This agricultural school also boasts a rich history as most local activists and freedom fighters were homed here during the dark apartheid days,” the website says.

Tshwane bus service back on the road after morning disruptions

Tshwane said its bus drivers had committed to resume operations on Monday afternoon.
News
1 year ago

Gauteng transport MEC Jacob Mamabolo has warned that any taxi association found to have been involved in the killing of a bus driver in Lawley, south ...
News
1 year ago
Next Article