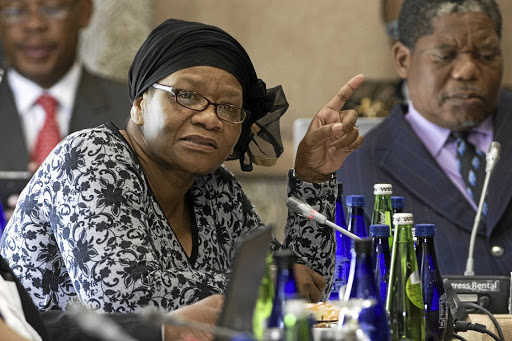 Parliament has received and is considering “a barrage of objections” related to the process it followed in interviewing and appointing new members of the controversial National Youth Development Agency (NYDA).

This is according to National Assembly speaker Thandi Modise, who disclosed this to senior MPs during a meeting of the chamber's programming committee.

“I think it's only fair chief whip [of the ANC Pemmy Majodina] to also inform you that we now have a barrage of inputs from the public on the process that led up to that report on the NYDA from the committee,” said Modise.

Elaborating on the matter at the request of Modise, Masibulele Xaso, the secretary of the National Assembly who advises the speaker on such matters, said a huge majority of the submissions they had received were against the processes followed by the ad hoc committee in selecting the new board members of the NYDA.

This comes after several youth formations, including the SA Youth Chamber of Commerce wrote to President Cyril Ramaphosa in August, asking him to reject several names recommended by a parliamentary ad hoc committee. This after the candidates were found to have close links with the ANC.

The process followed by the parliamentary ad hoc committee has also been slammed as window-dressing by the DA and the EFF after a letter written by the leader of the ANCYL national task team, Thandi Mahambehlala, to ANC deputy secretary-general Jessie Duarte, containing the names of “preferred candidates” for the NYDA board, was leaked to the media.

Four names included in the letter to Duarte — Sifiso Mtsweni, Thuthukile Zuma, Karabo Mohale and Avela Majujaba — eventually made it to the final list of recommended candidates.

Mtsweni is the most recent chairperson of the NYDA whose term has expired and has previously served as leader of ANCYL, while Zuma is a known ANC activist who is the daughter of former president Jacob Zuma.

The NYDA, which had a budget of just over R500m last year, has long been criticised as “an employment agency” of ANC loyalists and cadres.

Xaso said the objections have since been referred to the ad hoc committee for their reconsideration.

“The report was referred back to the committee for further consideration, it's now before the committee,” he said.

“Of course there's one or two that support the process that was followed. So the matter is now before that committee and we must still get a progress report in terms of how far the committee has gone in terms of reconsidering the issue and whether it will remain in that space going forward,” said Xaso.

Meanwhile, Modise also told the National Assembly's programming committee that she was still forging ahead with the process of selecting a new panel of independent legal minds to assess a DA-sponsored motion to institute removal proceedings against public protector Busisiwe Mkhwebane.

This comes after Mkhwebane mounted a court challenge, seeking to interdict parliament from instituting removal proceedings against her, arguing among other things that the rules parliament were relying on were unlawful.

Xaso said in terms of the legal advice they had received, Modise would be within her rights by proceeding with the appointment of the independent panel and need not await the outcomes of Mkhwebane's court bid.

The ANC-aligned SA Student Congress (Sasco) has demanded that ANC president Cyril Ramaphosa see to it that the ANC-led government establishes a ...
News
1 year ago

Young women set themselves up for farming success

Tsaone Gaseitshubelwe is living her dream in trying to inspire, empower and encourage women to get into farming.
News
1 year ago
Next Article