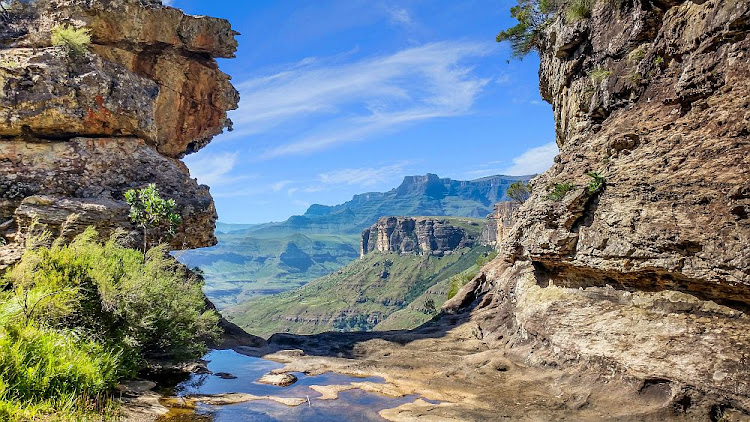 All establishments in the Drakensberg area were fully booked over the long weekend.
Image: Pixabay

Despite the cold, wet weather from Sunday, the sun shone on the tourism industry in KwaZulu-Natal as thousands of “travel-starved” domestic tourists made their way to the province over the long weekend.

Economic development, tourism and environmental affairs MEC Nomusa Dube-Ncube has referred to the first long weekend since the tourism sector opened during the national lockdown as a “bumper weekend”.

“Heritage celebrations marking the beginning of a long weekend generated optimism for stakeholders in the tourism and hospitality industries. Stakeholders in the tourism industry reported a steady rise in bookings at resorts throughout KwaZulu-Natal, a phenomenon attributed to factors such as people being travel-starved, good discounts at venues and warmer weather conditions,” Dube-Ncube said.

“Tourism KZN will continue to work closely with tourism trade partners to put together specials that potential travellers can take advantage of and explore the province with friends, family and loved ones. All tourism venues will be briefed regularly on the need to abide by health and hygiene measures to keep visitors safe during the pandemic. We thank industry stakeholders for their adherence to health protocols this weekend and over the past few weeks,” Dube-Ncube said.

“It is good to note that the KwaZulu-Natal north and south coast tourist destinations have been active since the opening of the economy due to people wanting to get out after being under lockdown at home.”

Enterprise iLembe Economic Development Agency CEO Nathi Nkomzwayo said establishments in the iLembe District were thrilled to have received up to 90% occupancy rates for the long weekend.

“We’ve undertaken an aggressive marketing campaign to attract tourists to explore iLembe District, and we are beginning to see positive results as establishments have received an average of 80% occupancy rate during September through to the holiday season, which is spectacular.”

“We look forward to seeing more tourists for the next few months while adhering to the strict protocol measures.”

Mpumalanga MEC for economic development and tourism, Pat Ngomane has tested positive for the coronavirus.  In a statement on Sunday, Ngomane says ...
News
1 year ago

Help revive tourism, be a tourist in your own country

September is Tourism Month and with the Covid-19 pandemic, it is not business as usual for the tourism industry. For at least five months, the ...
Opinion
1 year ago
Next Article