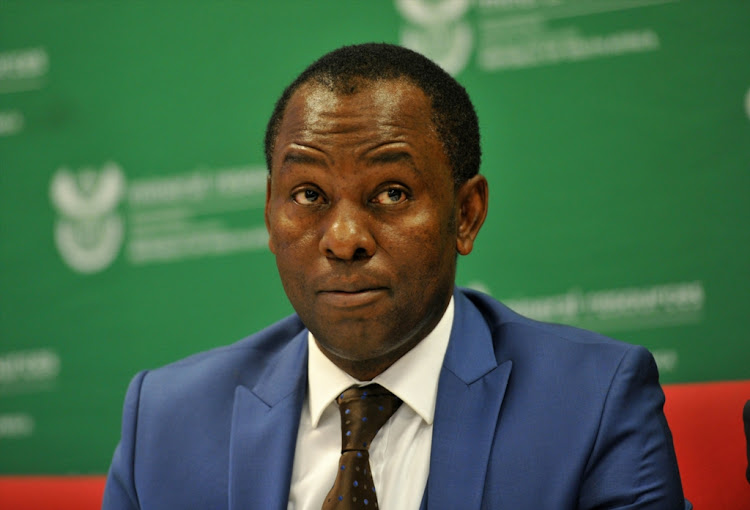 Former Free State MEC for human settlements and now ANC national executive committee member Mosebenzi Zwane is alleged to have pushed for the appointment of housing building contractors with whom he had links.
Image: Gallo Images / Sowetan / Veli Nhlapo

In 2010, former Free State human settlements MEC Mosebenzi Zwane pushed through an “illegal” advance payment scheme for building material to the tune of more than R500m.

This is according to then head of department, Mpho Mokoena, who was giving testimony at the state capture inquiry on Tuesday about a controversial R1bn housing project.

Zwane imposed the plan at a meeting with senior officials in his department in October 2010.

This was after a meeting with the national human settlements department, where the Free State delegation was warned that if it did not approve expenditure of the R1bn allocation for low-cost houses, the funds would be redirected to other provinces.

Zwane developed a scheme which would see the provincial department pay building material suppliers in advance before work could resume — this in a rush to beat the end-of-financial-year deadline, which was four months away.

Mokoena said he told Zwane that what he was proposing was “illegal” and would not stand the test of procurement legal prescripts. But Zwane was having none of it, he claimed. Mokoena said Zwane told him on two separate occasions that if he was not on board he was more than welcome to resign.

“I said I am not comfortable with the plan because it is bordering on illegality. The MEC said his adviser was going to do research and prepare an internal memo,” said Mokoena.

“After the meeting I approached the MEC and we went back to the boardroom, just the two of us. I repeated that 'the plan you are suggesting is illegal'.

“MEC Zwane said: 'This is my plan and it is going to happen. If you have a problem with it please submit your resignation letter after which you will be poor because your house and vehicle will be repossessed and your children will be kicked out of school.'”

The research commissioned by Zwane's adviser was concluded in about three weeks, testified Mokoena. It was delivered to Mokoena and he said after he studied it, he maintained his stance that the plan was illegal.

He said Zwane summoned him to his office and told him once more that he had only two options — sign the memo for implementation or resign.

Mokoena said he succumbed and signed off the plan, leading to the disbursement of more than R500m in the next three months.

“We concluded the meeting by me signing the document. I had to resign if I did not sign,” said Mokoena.

A week after Mokoena signed, Zwane was back with a list of contractors who had to be appointed to do the work. Mokoena said at least three of those contractors were later found to be closely linked to the MEC.

In February 2011, Mokoena, Zwane and other Free State officials were called to Pretoria by then-minister of human settlements Tokyo Sexwale, who told them he had been informed they were engaged in an illegal scheme of advanced payment.

Mokoena said: “The minister said he did not agree with the scheme and said it must stop immediately because he was not going to allow this to happen while he is minister.”

Mokoena, as the accounting officer, had to make an undertaking that it would stop immediately. But it appears the payments did not stop, if testimony before the inquiry on Monday from Mokoena's successor, Nthimotse Mokhesi, is anything to go by.

Mokhesi testified that as part of the Zwane prepayment scheme, R170m had been paid out in March.

Mokoena will wrap up his testimony on Wednesday at the inquiry hearings in Braamfontein, Johannesburg.

The ANC has condemned what it terms "faceless" attacks on transport minister Fikile Mbalula and his advisors by anonymous employees within the ...
News
1 year ago

Molefe, Singh slam Eskom's attempts to make them pay back the money

Former Eskom group CEO Brian Molefe and CFO Anoj Singh have reacted with anger and surprise at news that the utility and the SIU have initiated steps ...
News
2 years ago
Next Article