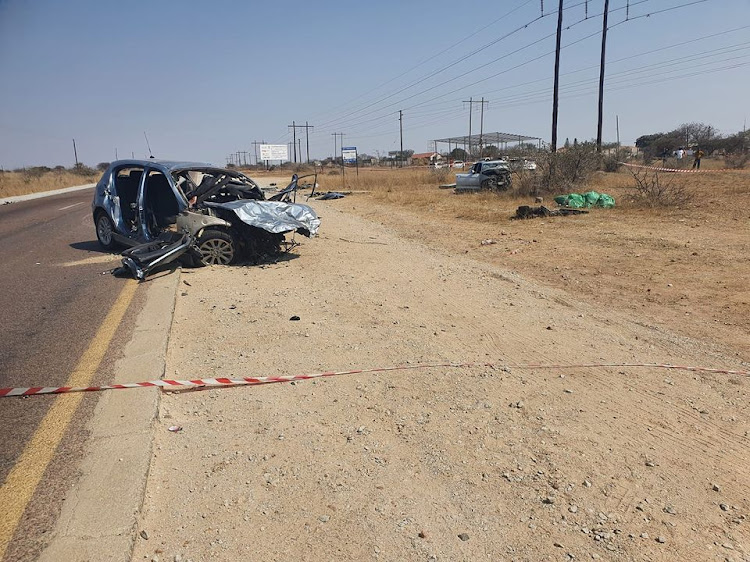 Seven people were killed and three others injured in a head-on collision on the D19 road outside Seshego in Limpopo on Sunday morning.

“The driver of one the sedans was trying to overtake and collided with the oncoming vehicle.”

Six people were confirmed dead on the scene while a seventh died in hospital. Three others were admitted to Seshego hospital with serious injuries.

The road is currently closed for traffic and motorists are advised to use alternative routes.

In a separate incident, two people were killed in a crash in Maphalle in the Mopani district.

The driver of a VW Golf lost control and rear- ended a bakkie, Maringa said. The man was certified dead on the scene and the driver of the bakkie died later in hospital.

Four others were rushed to hospital.

“Preliminary investigations revealed reckless driving as the possible cause of the accident.”

At least two miners were confirmed dead and one seriously injured after an iron bucket used for hoisting ore fell down a shaft on to a platform where ...
News
1 year ago

Authorities are on the scene at a mining incident in Mokopane, Limpopo
News
1 year ago
Next Article