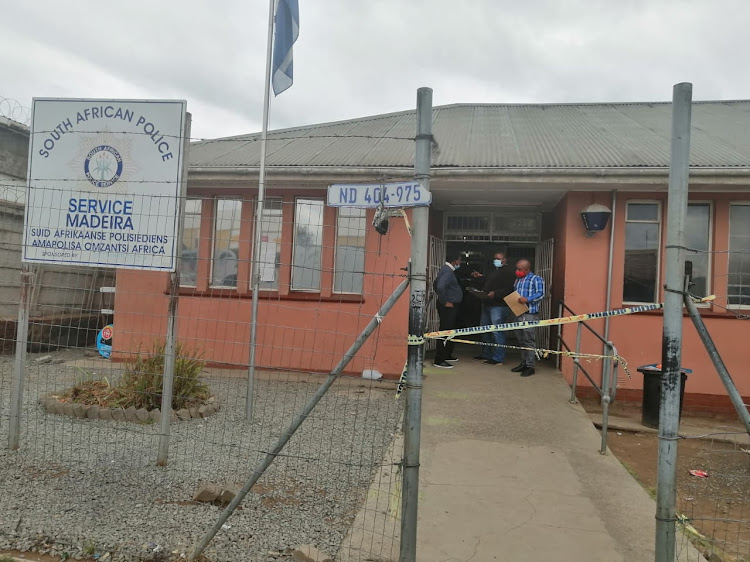 A woman was shot dead at the Madeira police station on Monday afternoon.
Image: LULAMILE FENI

An Eastern Cape woman died in a hail of bullets when a gunman opened fire inside the Madeira police station charge office in Mthatha CBD on Monday afternoon.

Terrified eyewitnesses ran for their lives when the shooting occurred.

Songezo Sanazo, who hails from Lujecweni village in Ngqeleni, said he went to the police station to certify documents.

“I was busy having my documents certified when I heard gunshots,” he told SowetanLIVE's sister publication DispatchLIVE. “I heard the first one and I thought it was not something serious. But I had to run for cover and hide behind the wall when I heard a second one, third and fourth while other people were running away from the yard screaming. We were all terrified.”

He said he saw a man carrying a gun rush inside the charge office before hearing the gunshots.

When DispatchLIVE arrived at the scene there were two ambulances and a number of vehicles from Protek Security at the premises.

DispatchLIVE understands that the suspect is employed by Protek Security. He was immediately arrested and detained at the station.

After nearly 12 years, a woman detainee raped by a policeman at the Mthatha Central police station has received justice.
News
1 year ago