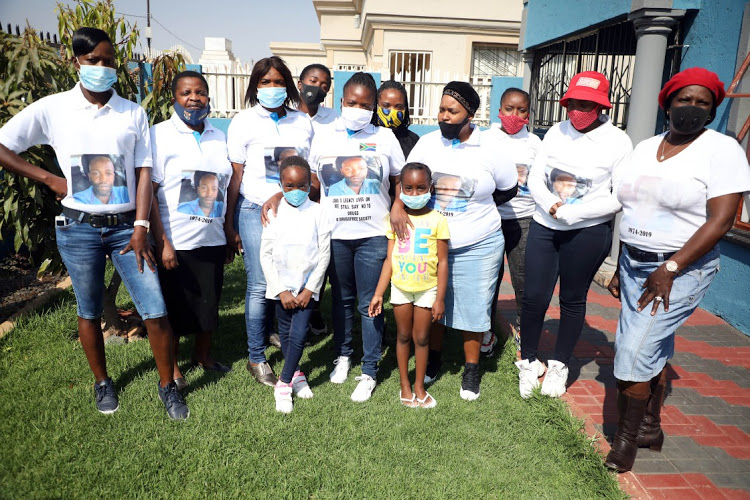 The Baloyi family held a prayer meeting in memory of Jabu Baloyi, one year after he was shot dead on the 27th August 2019.
Image: ANTONIO MUCHAVE/SOWETAN

The family of Jabu Baloyi, the taxi driver who was shot and killed allegedly by drug dealers at a taxi rank in Pretoria last year, are demanding justice.

Yesterday marked exactly a year since Baloyi was murdered while trying to prevent dealers from selling drugs to school children at the rank.

Speaking at an event to commemorate Baloyi's death, family spokesperson Hlamalani Baloyi said police have failed to provide them with answers on Baloyi’s death.

"The past year has been emotionally taxing for all of us in the family. Till today, we don’t know who killed Jabu. The police have not arrested anyone, they do not have suspects,” said Hlamalani, who said they will not stop till they find answers.

The taxi industry has distanced itself from the violence, destruction of property and looting of shops that resulted in the shut down of the ...
News
2 years ago

Baloyi's wife, Mpho Letsane, said the family was struggling since her husband’s death.

"Jabu was a breadwinner. SA Taxi has supported me and my family by donating a [Toyota] Quantum to us to help us generate an income. I wish the government can also help. I am unemployed. I hope they can get me a job so that I can support my children, especially my first born who is at university,” she said.

Baloyi's elder brother George Baloyi said Baloyi was not just a brother to him but a friend as well.

Groot Sithole, Baloyi's colleague,  said he and Baloyi were part of the taxi industry’s fight against drugs in the area.

“We are against drugs. We will continue our fight against drugs and we want the police to find Jabu’s killer and show us how they are [doing that],” said Sithole.

Baloyi is survived by his wife and four children.

Provincial police spokesperson Cpt Mavela Masondo said: "The case is still under investigation. No arrests have been made yet. Police are working closely with local taxi associations to get to the bottom of the matter and to find the suspect behind the killing. Regular feedback in terms of the investigation is given to the family of the deceased."