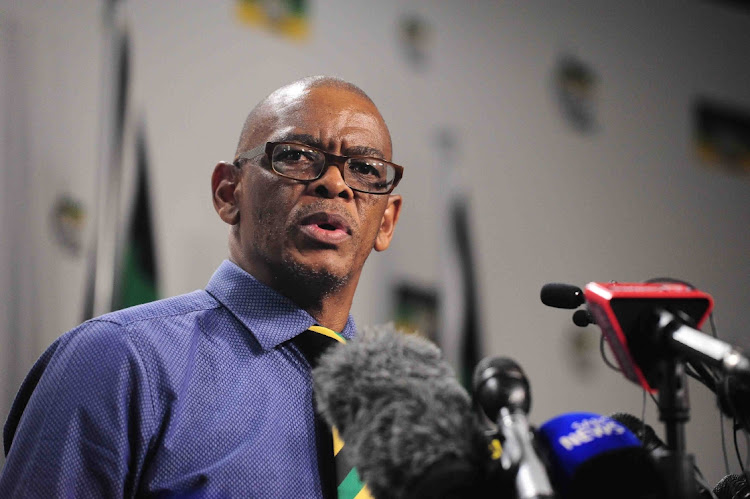 ANC secretary-general Ace Magashule has been hauled before the party's integrity commission.

This follows Magashule's interview with the Newzroom Afrika in which he said that people should not step aside simply because they are facing allegations. This is in contradiction to the resolutions taken at the party's 54th national conference held at Nasrec in 2017 that leaders who are accused of corruption should step down from their positions in order to clear their names.

Magashule is set to be grilled on his comments during the Newzroom Afrika interview last month.

In a letter to Magashule dated August 22, seen by SowetanLIVE, the integrity commission's chairperson George Mashamba said he “requests” the secretary-general's “audience”.

“The integrity commission (IC) of the African National Congress has taken note of the interview that was conducted with you on July 7 2020 in which you are alleged to have said 'I shall not step aside due to allegations of corruption'," Mashamba wrote.

Mashamba said in the letter that he had wanted to meet Magashule on Saturday but has noted that the party's national executive committee is holding a meeting.

Mashamba said that he wanted Magashule to appear some time during the next week.

“The integrity commission had initially hoped to meet you to discuss and clarify the interview with you on Saturday 29 August 2020. We were however advised that there is a special NEC scheduled for 28 to 30 August 2020.

“We therefore request your audience at any time of your convenience during the coming week,” Mashamba wrote.