Call for MEC Masuku to 'step aside' gains speed 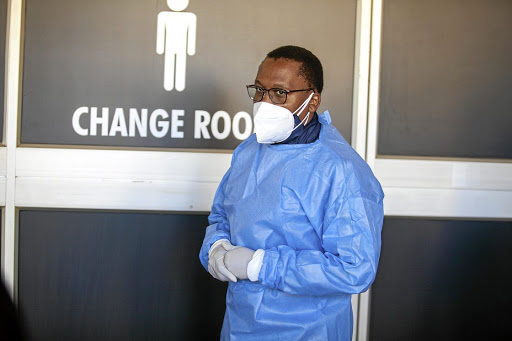 Gauteng health MEC Bandile Masuku has been recommended to take leave during investigation of the R125m tender for PPEs. / Gallo Images / Papi Morake

High-ranking ANC leaders and some in the tripartite alliance have joined a growing chorus of calls for Gauteng health MEC Bandile Masuku to step aside amid investigations into the R125m tender awarded by his department.

Masuku is facing mounting pressure to relinquish his role in government following reports of alleged impropriety in the awarding of a tender to the company owned by the husband of presidential spokesperson Khusela Diko to supply personal protective equipment to the Gauteng department of health.

Diko, whose friendship with Masuku's wife Loyiso as reported by Sunday Independent has come under sharp scrutiny as a result of the scandal, has taken a leave of absence from the presidency pending investigations.

"I would agree [that he step aside] but then Kgalema Motlanthe says this thing called consciousness does not bid goodbye when it leaves," Modise said without mentioning Masuku by name.

Modise said she believed the ANC would be firm in dealing with allegations of corruption because the party was not proud of being associated with wrongdoing.

Cosatu and Sanco in Gauteng have led the calls for Masuku to take special leave.

Mapaila said they held the same view as Cosatu that Masuku must step aside.

"Of course this has been our general posture that in areas where there's a possibility of corruption that has arisen, the leadership can talk to the comrade and have a sense of how close that person was to that particular crisis.

"In that regard we would have no different opinion from that of Cosatu on this one," Mapaila said.

"But we are simply saying the people who are directly involved must be dealt with."

ANC treasurer-general Paul Mashatile said that ANC leaders should emulate the values of the late Struggle stalwart Andrew Mlangeni of serving with integrity.

"We must be able to make sure the ANC is an organisation that people can love and respect.

"When there are people within our midst who are... involved in corruption we must act against them," Mashatile said.

Both Diko and Masuku have denied any wrongdoing in the matter.

Masuku said in a statement on Sunday that he had personally requested a forensic audit into Covid-19 procurement.

An ANC NEC member who asked not to be named told Sowetan yesterday that "heads must roll".

"For now we are leaving it to the ANC in the province and they announce on Thursday but if that decision is not satisfactory then we as the NEC will make a pronouncement at the meeting this weekend," said the member.

The ANC NEC member said he believed President Cyril Ramaphosa and premier David Makhura should have acted quickly and with more rigour when the allegations emerged.

The spokesperson to the president Khusela Diko has taken leave of absence in the wake of allegations of impropriety in awarding a tender to her ...
News
2 years ago

Gauteng not at the peak of Covid-19 infections yet, says health MEC

Gauteng has not reached its Covid-19 infections peak yet.
News
2 years ago
Next Article