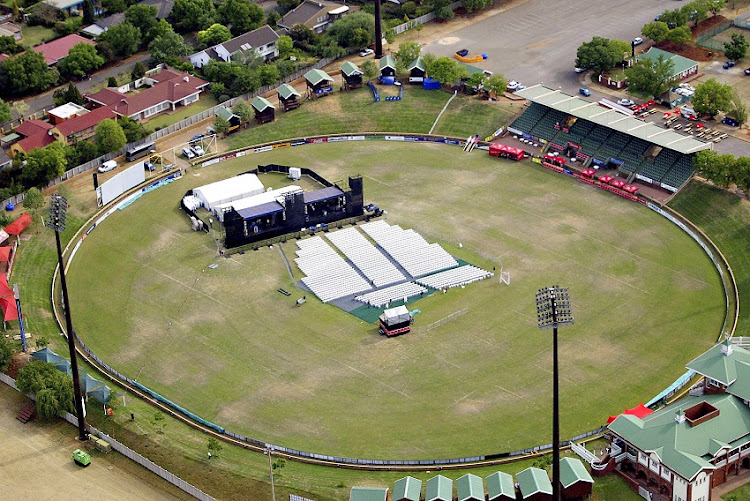 An amount of over R2.2-million meant for stadium upgrades at North West Cricket (NWC) was misappropriated and governing body Cricket South Africa (CSA) allegedly knew of the missing funds for over a year but took no corrective or punitive action.

CSA made more than R200-million available to its affiliate members to upgrade their venues in preparation for the T20 Global League that was to have taken place in November 2017.

NWC received a total of R10-million to upgrade their facilities in Potchefstroom but a forensic audit and investigation has uncovered that not all the money was used on the stadium project.

The report was compiled by forensic audit and investigation company Deloitte and submitted to CSA on June 13, 2019.

“We therefore conclude that an amount of R2 238 782.34 earmarked for the stadium upgrade was misappropriated.”

The forensic auditors, according to the report, had “limitations” and were unable to provide an accurate indication on what the missing R2.2-million was spent on.

Sources within NWC, however, told SowetanLIVE this week that former CEO Vincent Prior allegedly used R1-million meant for stadium upgrades for operational expenses such as paying staff salaries and bonuses.

It is believed that Prior had planned to replace the money when NWC received outstanding funding from the provincial government and more from CSA.

“As you are aware, I no longer work for NWC. As NWC is my former employer, I suggest you direct the questions to NWC,” Prior said in an email.

NWC made three loan drawdowns totalling just over R10m between August 2017 and April 2018.

“Three drawdowns (total of R3m) were made subsequent to the deadline of the stadium upgrades completion date of 30 September 2017.

“Minutes of the finance committee meeting held on 13 February 2018 confirmed that phase 1 of the upgrades should have been completed by no later than 15 December 2017.

“The minutes provided a project status update of all projects as of 15 December 2017 and recorded NWC status as 70% complete with ‘Security and Access Control, Turnstile, Ticketing and CCTV and 50% complete with [Public seat – replacement or repairs].

“We noted that the drawdown request was dated 15 December 2017, however the purchase order and tax invoice was dated 8 December 2017 (i.e before the request of the actual drawdown,” the Deloitte auditors discovered."

Prior started his tenure as NWC CEO in January 2018 and was replaced by incumbent HP Prinsloo after just 10 months in the job in October.

Prior succeeded Heinrich Strydom, who resigned in June 2017 to join the Dolphins as their CEO in Kwazulu-Natal after making the first application for the first loan.

Strydom could not shed any light as to whether he was involved when the money was used.

“If I recall correctly we had to submit an application to CSA by the end of May 2017. It was basically a few weeks before I finished at NWC,” Strydom said on Tuesday.

Maswanganyi is no longer with NWC and said on Tuesday that he will only be in a position to comment after he has seen the forensic report.

Ebersohn said he only acted as CEO for three months. He said at the time of his departure NWC was in a “stable” financial position and that, according to him, there was no need for additional funding for the upgrades.

“If what you are telling me is true that money meant for stadium upgrades was used for operational expenses without CSA’s permission, then the people who are responsible must account.

“When I was in charge very little money for upgrades came our way as it was the start of the whole project and it was used for purposes it was meant for,” said Ebersohn.

“If the report is available, as you are telling me now and it says the funds were misappropriated, then CSA must definitely act and take some form of action.”

CSA have allegedly known about these findings since June 2019 but sat on the forensic report until this week when a TimesLIVE investigation discovered its existence.

It is believed within cricket circles in NWC that CSA allegedly withheld the forensic report from the provincial board because it does not implicate people it was intended to.

Sources told SowetanLIVE that the powers at CSA had hoped the forensic investigation would implicate NWC president Dr Oupa Nkagisang, who is seen as a threat by the governing body’s hierarchy.

CSA declined to comment on the report and said the “North West matter is in the hands of our lawyers and is thus sub judice”.

The report further added that: “Although NWC’s second loan application was applied for on 14 August, it appears from the CSA’s combined Audit and FinnComm minutes dated 13 July 2017 that CSA was already aware of this additional loan request in July 2017 (i.e before the actual application date).

“We have not received a response from CSA in this regard,” says the report.

“We were unable to obtain the agreement between CSA and NWC in respect of the second loan application.”

The Deloitte forensic auditors could not conclusively find any instances of fraud or corruption committed by NWC stakeholders involved in the execution of the project.

It, however, cites the organisation’s lack of operational capacity to manage the project and questions the professional suitability of the financial managers.