Jacob Zuma set to make appearance in criminal proceedings against him 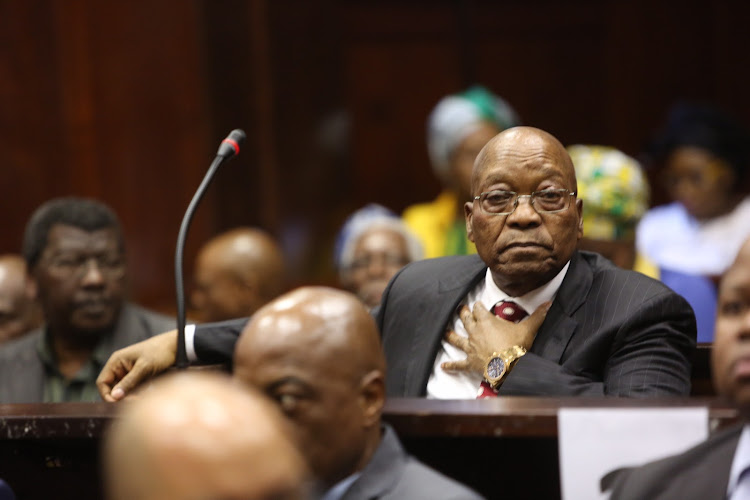 Former president Jacob Zuma will be in court on Tuesday.

His new lawyer, Eric Mabuza, confirmed to SowetanLIVE's sister publication TimesLIVE that Zuma would attend criminal proceedings against him in the Pietermaritzburg High Court.

"Oh yes, he will definitely be there," Mabuza said on Monday morning.

He said Tuesday's court proceedings were expected to be brief as they were merely to make arrangements about when and how the matter would proceed. An arrest warrant, issued in February when Zuma failed to appear in court, was previously stayed until May 6, but the postponement of the matter during the lockdown led to it being extended until June 23.

In February the court heard Zuma was too ill to be present in court during the criminal proceedings against him. Zuma's then lawyer, Daniel Mantsha, submitted a sick note from a military hospital where the former president was said to have been treated, but judge Dhaya Pillay said it was inadmissible because of inconsistencies.

The former president's co-accused, French-based company Thales, is accused of agreeing to pay Zuma a yearly R500,000 bribe for protection from an investigation into the controversial multibillion-rand arms deal.

Former president Jacob Zuma's failed appeal against the ruling that he defamed former minister Derek Hanekom by calling him a "known enemy agent" ...
News
2 years ago
Next Article