Protest against 'racism and discrimination' at top SA boys school 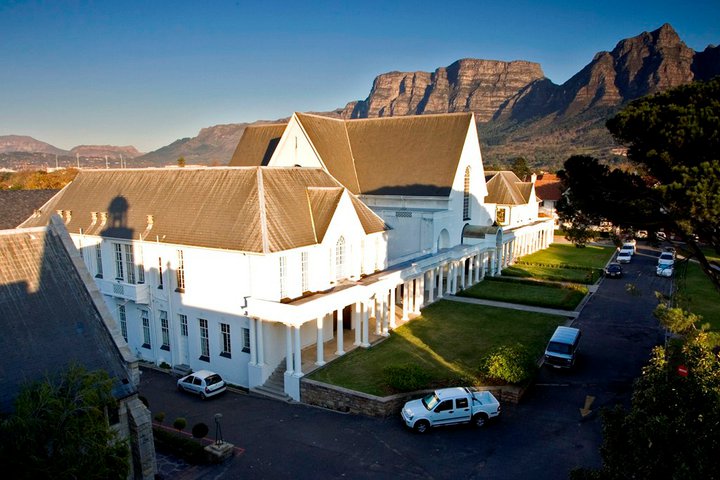 Grade 12 boys at Bishops Diocesan School in Cape Town engaged in a peaceful protest against racism and discrimination at the school, its outgoing principal said on Friday.
Image: Bishops via Facebook

Grade 12 pupils at one of the country’s top private boys' schools, Diocesan College in Cape Town, better known as Bishops, held a protest at the school on Friday against “racism and discrimination”.

They also delivered a hard-hitting list of demands saying, “we are approaching you as a matric year in its entirety, and not as a certain demographic or minority, to demand that action is taken to ensure that every one of our fellow students are treated as equals within a system that has, for too long, treated them as anything but”.

Principal Guy Pearson said in a letter to parents on Friday that more than 100 matric boys had gone to the school on Friday and he was able to personally say goodbye to them. His last day, before retiring, at Bishops is next Friday.

Pearson said the protest, at noon, was against “racism and discrimination in our school ".

“This was a peaceful protest and at the end, a memorandum was presented to a member of the executive. This will be an ideal opportunity to continue the engagement with all members of our community regarding these issues in our school.”

In the memorandum, also shared on social media, the pupils said racism, and greater intolerance, has loomed over Bishops since its inception.

Today, we presented our school administration with a list of demands we expect to be carried out. I encourage people from all schools to follow suite and take collective action to eradicate prejudice/discrimination from educational institutions. pic.twitter.com/TkTOwogE7H

“While we, as the matric group of 2020, applaud the individuals who have actively taken steps to dismantle this underlying discrimination, we are forced to realise that greater strides need to be taken.

“Racism is a systemic issue, and not one overcome by superficial codes of conduct and disengaged reminders of zero tolerance, but rather through a united desire for change,” the class said in the memorandum.

Pearson said the school was committed to making Bishops a welcoming environment for all who learn and work here, irrespective of their race, religion, gender or sexual orientation.

TimesLIVE reached out to Pearson for comment on Friday evening and will update this article with a response.

The school was in the news in December 2019 when an investigation determined that a former female teacher “engaged in sexual misconduct” with at least five pupils.

Parents at a private school in Kyalami want a white teacher who allegedly threatened pupils with the same fate that befell George Floyd to be fired.
News
2 years ago
Next Article