Tshwane out to recover R1bn lost in deals gone wrong 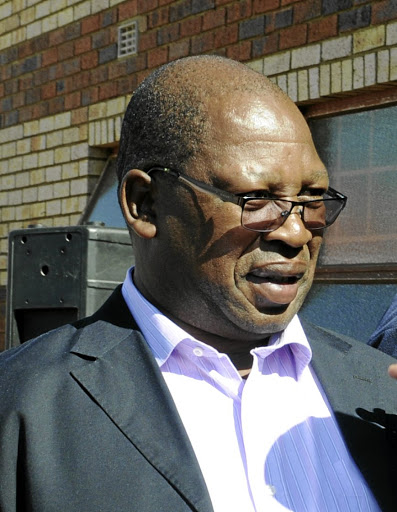 The City of Tshwane will be launching a legal bid to recover public funds amounting to around R1bn which were lost in deals in which wrongdoing has been uncovered.

This was announced by the city's administrator Mpho Nawa in an interview with Sowetan as he unpacked some of the forensic investigations which had been recently completed.

"Investigations have been completed on expenditure with a value of R1.14bn, R996m of this has been recommended for legal recovery and post investigation," Nawa said.

"The city is looking at the legal recovery of completed cases of about R4bn in value with the critical challenge being the lack of post investigation capacity."

Nawa's 10-man team which included former City of Joburg mayor Mavela Dlamini, who took over as acting municipal manager, were appointed to take over the running of Tshwane after the Gauteng provincial executive placed the embattled metro under administration. This came after the city had been without an adjusted budget, city manager, mayor and had on numerous occasions been unable to convene a council meeting.

City of Tshwane administrator Mpho Nawa has confirmed that they will seek a meeting with Mamelodi Sundowns president Patrice Motsepe to explore how ...
Sport
1 year ago

The DA headed to court in response to successfully challenge the decision. Even though the DA won in court, cooperative governance MEC Lebogang Maile has since appealed the high court's judgment.

Nawa said some of the completed cases would now require legal advisors as the city lacked "adequate expertise in the prosecution section" to undertake disciplinary action against its officials implicated in wrongdoing. He said some of the cases required "expert prosecutorial services in financial misconduct".

"The admin team has taken a decision that while it's possible to source [post investigation work] within, a decision has been taken to engage with the city's entity, the Tshwane Economic Development Agency, and it has also approached Sars to request the use of their legal panels in order to recover some of these monies," Nawa said.

Nawa, former West Rand mayor, said Tshwane will also go ahead with the process of looking for a new city manager following 10 months of running the capital without a permanent accounting officer.

DA will 'go after' Lebogang Maile over Tshwane council dissolution

The DA has threatened further legal action against Gauteng local government MEC Lebogang Maile should it win its Tshwane case.
News
1 year ago

The appointments of a permanent city manager was always Nawa and his team's main priority when they took over the running of the metro last month.

Nawa said the court battle will not affect their work to find a suitable candidate.

"The process to appoint a permanent city manager is underway. An announcement will be made once the successful candidate is appointed officially."

Nawa said despite the Covid-19 lockdown and legal squabbles over the city, they still managed to hit the ground running.

"Initially, the lockdown had placed numerous restrictions to movement and staff contingent at the city. With only essential employees reporting to their work stations, this has hindered the responsiveness through which the city can deliver services to residents."

He added: "For instance, our customer service centres remain closed as part of measures to curb the spread of Covid-19. On the other hand, the DA's court challenge against Gauteng provincial government's decision to place the city under administration has had no effect on performing functions related to the Terms of Reference."

He said his 10-man team of administrators continued their work uninterrupted while awaiting a decision from the higher courts to lay the matter to rest.

One of Nawa's main focus areas is the city's financial status which had been a matter of concern following recent cancelled multi-million rand contracts which included those with GladAfrica and Aurecon.

"The financial status of the city is being managed with caution. We have roped in Sars to assist with our forensic investigation capacity in instances where fruitless and irregular expenditure has taken place."

Nawa said the city's current debtor's book is currently at R14.2bn, which they predict will increase consistently in the months to come due to the financial impact of Covid-19 on residents.

"It's for this reason the city has elected to support residents through a social relief response."