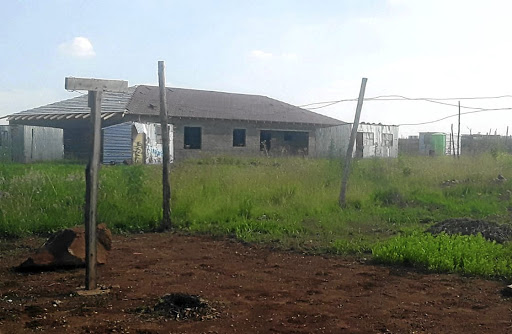 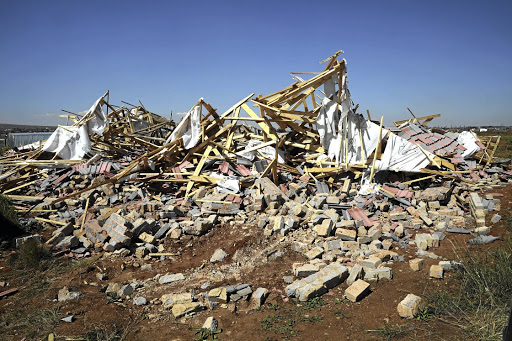 Busi Nhlapo held her head in her hands when the Red Ants began demolishing her neighbour's house in Lakeview informal settlement in Lawley, south of Johannesburg.

Nhlapo knew by then that her one-bedroom home with a tiled roof, which she says cost her R90,000, was next in line.

"They passed my home and went to my neighbour. They asked him to remove the car from his garage and he did so.

"They then demolished the formal structure. It was really sad to see that happening. The men then came towards my property. I closed my eyes, put my hands on my head because I was convinced they were going to demolish my house," she told Sowetan.

"When they saw me do that they pretended to be coming inside the yard and then turned away. They laughed at me and told me they would be coming back on Thursday.

"I am scared of what may happen to all my investment if indeed these people come back. I have no parents or anywhere else to go. This is my only home."

Nhlapo said she bought land in the area in 2018.

Ntsikelelo Gubana of Lakeside View informal settlement in Lawley, south of Johannesburg, watched in despair as the Red Ants demolished his uncle's ...
News
1 year ago

For her, the opportunity to buy and build her own home was rare and she threw everything she had at it.

She learnt of the land sale from a fellow churchgoer who directed her to Kokotela informal settlement in Lawley.

She paid R3,000 for a stand in a section which came to be known as Lakeview.

She initially moved into a small shack at the end of May in 2018. For years she had lived in a two-bedroom flat paying rent of R5,100 a month.

"Renting was not taking me anywhere. It left me with nothing. After paying municipal services, I was only able to have food and just taking my children to school. I was tired of renting and could not do it any longer," Nhlapo said.

She parked her Mercedes-Benz A-Class outside the shack and began a life in her newly found home.

She took her two sons, aged 21 and 16, to their aunt because there was no proper sanitation and electricity in her shack.

At the time she worked as a warehouse manager in Boksburg, the same place she rented the flat. Her workplace became 62km away from home.

But things turned worse when she lost her job in mid-2019. Nhlapo then decided to take all the savings to build her home.

Human settlements minister Lindiwe Sisulu has condemned the evictions of people from informal settlements by the Red Ants in Gauteng, saying the move ...
News
1 year ago

"I asked the people from whom we had bought the land and they said we can build. They said government had given a thumbs up for us to build." Nhlapo could not produce the evidence for that permission nor elaborate on the identity of the stand sellers.

Other home owners Sowetan spoke to told different stories. One of them, Hanooke Masih, said he bought the stand last year. He produced receipts as proof of a payment of R4,000. It was a cash payment, he said.

"My wife and I paid [the money] at an office that had officials claiming to be councillors from DA, ANC and EFF.

"We trusted them and bought the stand after they assured us the place was approved for occupation," he said.

Masih and his wife arrived in Kokotela two years ago from Orange Farm, where they were renting a backroom with their four children, for R1,500. His shack survived the demolition because he was found inside his home.

None of the people who spoke to Sowetan were able to provide names and contact details of the people from whom they bought the stands.

Sowetan visited some of the offices where the people claim they made payments but they were all locked with no contact numbers displayed.

"These people change numbers all time," some of the residents complained.

Maile said the demolished houses were "incomplete, new and unoccupied" and the protests that ensued in Lawley at the weekend in response to the demolitions were instigated by a "criminal syndicate".

A property owner in Lawley, a suburb next to Kokotela, lamented the growth of the
informal settlements in his neighbourhood.

"My property value went down as soon as the shacks were erected. The one thing that upsets me is that people who bought stands in Kokotela were not poor people; it is all business," he said.

The owner, who did not want to be named, said people who own properties in nearby suburbs of Lenasia, Ennerdale and Lawley, bought stands in Kokotela just to rent them out to desperate people.

A soldier was among a group of people who were arrested trying to illegally invade land in Lawley, south of Johannesburg, on Monday, said mayor Geoff ...
News
1 year ago

Housing MEC Lebogang Maile and Gauteng mayor Geoffrey Makhubo will no longer be addressing Lawley residents  on Sunday as expected.  This is after ...
News
1 year ago
Next Article