Joburg motorist who 'hurled abuse' after bumper bashing is arrested 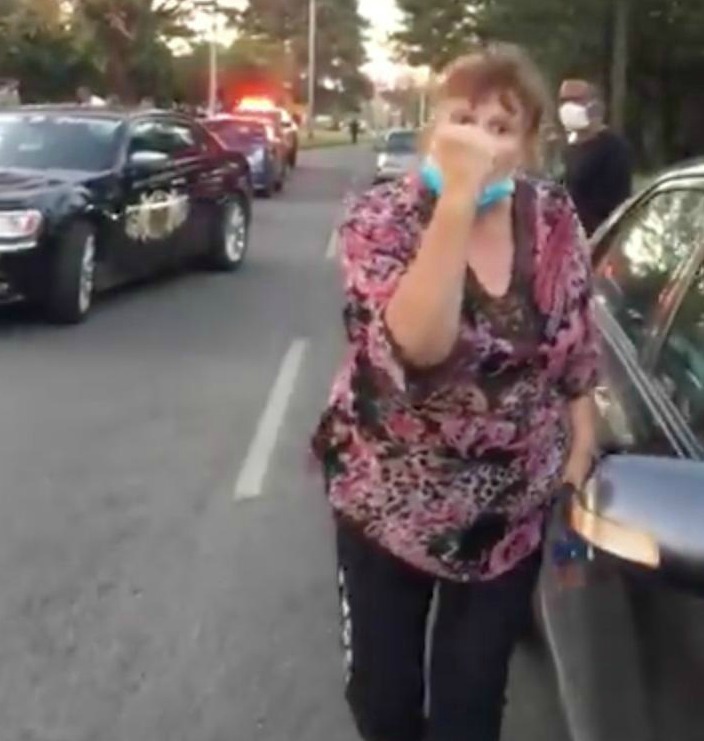 An image captured during the altercation.
Image: Screengrab

A woman recorded on video allegedly assaulting and hurling racial insults at another motorist  after a Johannesburg bumper bashing incident this week has been arrested.

She is expected in court on Friday.

Siphosethu Ngomane shared a recording of the confrontation on Twitter, catching the attention of Gauteng community safety MEC Faith Mazibuko.

The minute-long clip started with the two exchanging words over whether Ngomane, whose vehicle was in front, had a  driving licence.

“Do you want to see it,” replied Ngomane.

The woman, seen pointing her phone at Ngomane, then approached and Ngomane's phone was dislodged from her hand.

The woman pointed a finger and fist at Ngomane. A voice can be heard threatening to "f**k you up” and using the k-word.

Convicted racist Vicki Momberg is suing the police and justice ministers, the National Director of Public Prosecutions (NDPP) and provincial and ...
News
2 years ago

Masondo said Ngomane and her passenger stopped to help a motorist who was in difficulty after suffering a seizure.

“When they stopped their vehicle, another vehicle bumped them from behind,” Masondo said.

“When they got out of the car an altercation broke out between her and the woman who drove into them.”

Masondo said the incident happened on Golf Club Terrace Street in Florida on May 4.

Vicki Momberg released from jail as she qualified for prison remission: Correctional Services

The department of correctional services on Friday confirmed that Vicki Momberg, who found herself in jail after going on a racial rant, hurling ...
News
2 years ago

Ngomane's boyfriend pleaded with her to ignore the woman.

Speaking afterwards, Ngomane said she had slowed down after seeing a motorist who was seemingly unwell and hit a lamp post.

Ngomane said she had stopped to help and called the police.