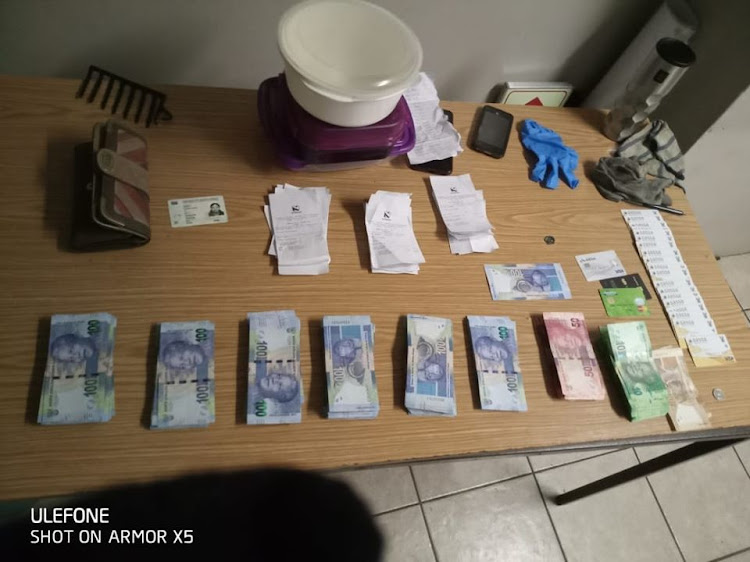 A total of 91 Sassa cards and R191,671 in cash were seized from the seven arrested suspects.
Image: Supplied/Tshwane metro Police/Facebook

They are expected to appear in court soon after being arrested at the Kolonade mall in Montana Park on Wednesday.

“The police were searching for various suspicious people at ATM machines in the mall. Upon searching two of the suspects, 13 Sassa cards and cash amounting to R32,431 was found in their possession. They were then arrested for Sassa card fraud after they could not account for the cards and the money in their possession,” said Tshwane metro police in a statement.

Five more suspects were arrested at the mall after further investigations.

“Among the suspects, one male and female were found in possession of 61 Sassa cards and cash amounting to R110,070 that they could not account for."

Sassa in KwaZulu-Natal has confirmed the payment system glitch which affected old age and disability grant beneficiaries has been resolved.
News
1 year ago

Grateful and anxious: mixed emotions at Sassa paypoints amid 'glitches'

The first day of Sassa pension grant payments was met with mixed emotions as some recipients received double payouts while other left empty-handed ...
News
1 year ago

Meanwhile, some Sassa beneficiaries were happy to receive their grants on Wednesday in Pretoria without any further glitches.

Lungile Mncina, who was worried about the issues that saw many beneficiaries not being paid on Monday, received all her money.

The 48-year-old withdrew her money at a shop in Atteridgville on Wednesday and said she was grateful for the additional amount given by the government for the month.

"It will help me to buy more things. I am grateful that we got the money. The only problem is the long queues," she said.

The South African Human Rights Commission has expressed concern about the circumstances surrounding the provision of social grants to senior citizens ...
News
1 year ago

Banking details, proof of residence and identity number will be required for South Africans applying for the monthly R350 coronavirus social relief ...
News
1 year ago
Next Article