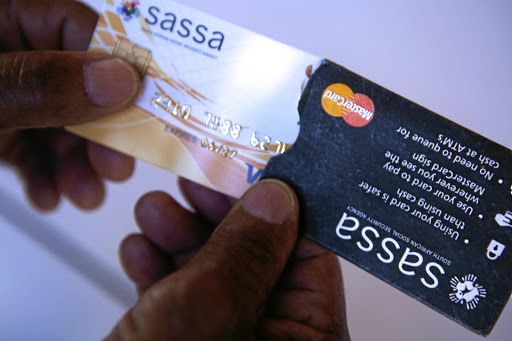 The SA Post Office is set to roll out 10,000 cashless ATMs to rural communities next month, that will allow grant recipients to get their money without travelling long distances to town. / Papi Morake/ Gallo Images

The South African Post Office (Sapo) is set to roll out 10,000 cashless ATMs to rural communities next month after the success of a pilot project in KwaZulu-Natal, where grant beneficiaries received payments at registered spaza shops.

The post office's cashless payment solution was first mooted several years ago but not implemented. It is aimed at promoting local economic activities by allowing grant recipients to get their money without travelling long distances to nearest towns.

Sapo, which facilitates payment to seven million SA Social Security Agency (Sassa) recipients, will introduce the initiative in other parts of SA.

Sapo chief information officer Refilwe Kekana said most of the grant beneficiaries always have to spend money to receive their grants while leaving struggling business in their own communities.

"Our Sassa customers pay to get paid, and they have to travel from rural villages to established urban areas to access payments infrastructure.

"We want to change the narrative by bringing payments of social grants closer to where people live. The latter will result in improved customer convenience, Sassa customer costs savings and local economic development," Kekana said.

Kekana said the cashless ATMs will be placed at vetted spazas shop or informal merchants.

A beneficiary will insert their card at the cashless ATM, make a "withdrawal", but only two slips confirming the transaction will come out. One of the slips will be given to the shop owner or assistant, while the grant receiver keeps the other one.

The shop, once satisfied with the authenticity of the transaction, will give the client cash or goods to the value of the withdrawal - as per agreement of the two parties.

Sapo also wants the same ATMs to be used at a later stage to buy prepaid airtime and electricity, do insurance activations and payments, money transfers and load payments for transport cards.

"From a corruption perspective, all Sapo merchants will be vetted and verified against the home affairs database before they are allowed to use the system.

"Furthermore, any unauthorised transactions as a result of fraud or corruption will be charged back to merchants," Kekana said.

"Already, 40 ATMS are used in the pilot project in Melmoth, Eshowe and Empangeni - all in northern KwaZulu-Natal.

"We were planning for 20 devices during the pilot but had to make a plan to pilot an extra 20 due to high demand."

Sapo plans to introduce this technology to the rest of the country next month.

"It's a very intensive, laborious rollout process, and we anticipate rolling out 10,000 or more devices within the next four months. We will skill the local communities to continue with the rollout and maintenance of the devices.

"We are confident that this solution will bring payments infrastructure closer to where people live and improve local economic participation," Kekana said.

Finance minister Tito Mboweni on Friday shed more light on the top-ups that will be given to social grant beneficiaries during the coronavirus ...
News
1 year ago

The biggest challenge that the government is facing is the need to ensure that every family has access to food and social relief grants as part of ...
Opinion
1 year ago

Up to eight million may benefit from Covid-19 basic grant