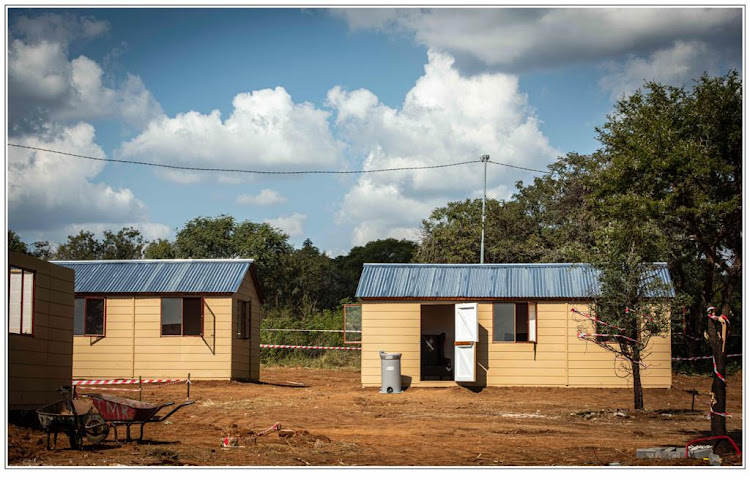 The residential units are two-room structures which feature wooden flooring

Human Settlements minister Lindiwe Sisulu and City of Johannesburg mayor Geoff Makhubo, on Friday, attended the launch of temporary housing structures designed to help the government in dealing with overcrowding in informal settlements during the covid-19 pandemic.

The first roll-out of the structures came courtesy of a donation by the South African Housing and Infrastructure Fund (Sahif) which will be providing housing structures for about 300 South Africans who live in Ikemeleng, a tent settlement in Wilgeheuwel, Roodepoort, west of Johannesburg.

The residential units are two-room structures which feature wooden flooring, a corrugated iron roof.  The walls are made of a fireproof material called 'rockhard' which is cool in summer and warm in winter, according to Sahif.

Sisulu said the covid-19 national command council chaired by President Cyril Ramaphosa had decided to do something to help enforce physical distancing among those living in informal settlements.

A group of black engineers has come together to offer its services for free to the government in a bid to create temporary settlements to fight the ...
News
1 year ago 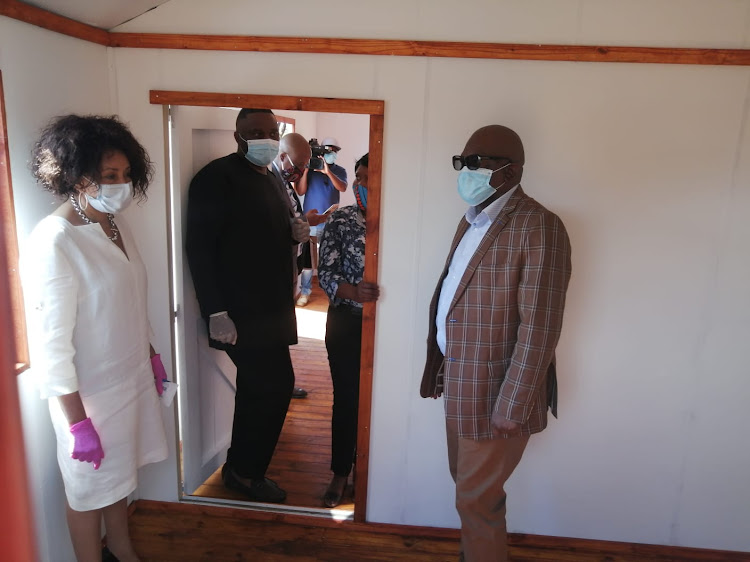 She said what was happening at Ikemeleng was exactly what government was pursuing by ensuring that communities were not moved from where they were based.  She praised Sahif for the donation which she said would afford the beneficiaries with a bit of privacy and the ability to social distance.

The tent-dwelling settlement came into existence after dozens of residents who had illegally occupied land were evicted from nearby plots over three years ago.

The donation by Sahif which will see 72 units completed in about a week's time is in response to the president's appeal to business leaders to assist in creating solutions to assist during the crippling Covid-19 pandemic.

"The 72 units will effectively be creating opportunities for about three hundred people to be able to live in these homes," Sahif CEO Rali Mampeule said.

He added: "We play in the space of housing and one thing we have learnt from this pandemic is that we all need to work with each other and not leave out anyone."