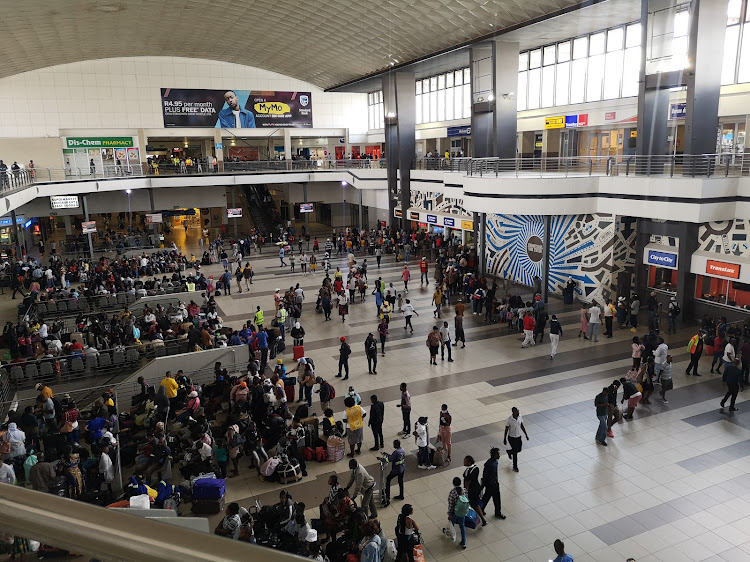 Long distance commuters make their way to park station as they prepare to leave before the nationwide lockdown on Wednesday.
Image: Andisiwe Michelle May

Commuters travelling long distance have been warned that the last taxi travelling will be at 7pm on Thursday before the nationwide lockdown takes effect.

With the lockdown only a few hours away, hundreds of people are ready to leave Gauteng and head home to different provinces.

When TimesLIVE visited the long-distance taxi rank in Parktown, the number of people queuing had increased rapidly compared to Wednesday.

The lines stretched around half the taxi rank, with people clutching on to their belongings.

Owner of Kei Transport sales Zakhele Maleki said on Wednesday that he was expecting numbers to increase on Thursday as it would be the last day that travelling would be permitted.

He said on Wednesday by midday, five taxis had already left for the Eastern Cape compared to Monday when only one taxi had left by midday.

Maleki, who has employed 32 drivers, said the lockdown would have a negative effect on them as it would be no work, no pay for him and his staff.

However, he said the advantage would be that he would get to spend time with his family.

A driver, Abraham Mahofi, who is originally from Limpopo, said he would also be joining those travelling. The 39-year-old said he would be going to spend his 21 days of lockdown in Limpopo. “As the president has spoken, we will just comply. I will be spending my lockdown back home in Limpopo. I will leave on Thursday at about 1pm,” he said.

A woman who identified herself as Fedrica said she was travelling home to Mpumalanga because of the nationwide lockdown.

A man who did not want to be named said he was travelling to Harare.

He said 21 days of nationwide lockdown was too long for him.

“Actually, I am leaving because of the lockdown, 21 days is too much without my family,” he said.

He said he wouldn’t mind if a lockdown was implemented in Zimbabwe because he would be closer to his family.

Carrying more than three bags and a 25-litre bucket, the man was still trying to buy a bus ticket so that he could be reunited with his family in Harare. 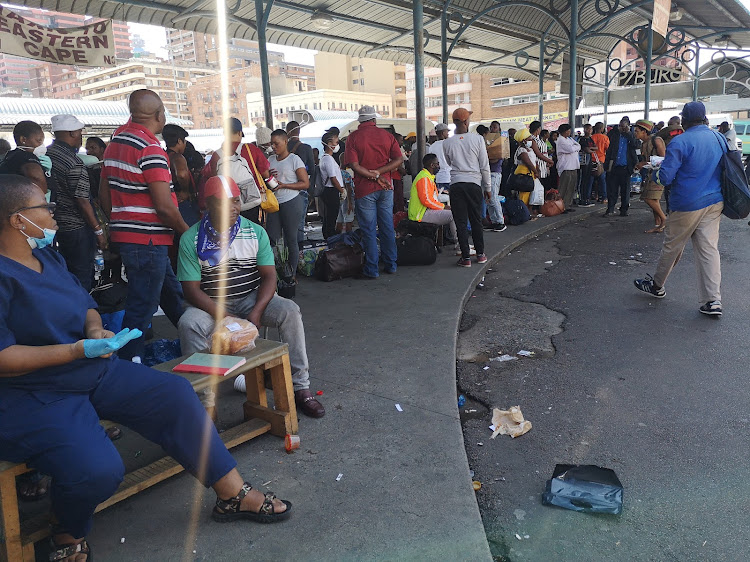 Long-distance taxi drivers say the last taxi to the Eastern Cape will leave on Thursday at 7pm.
Image: Andisiwe Michelle May
Next Article