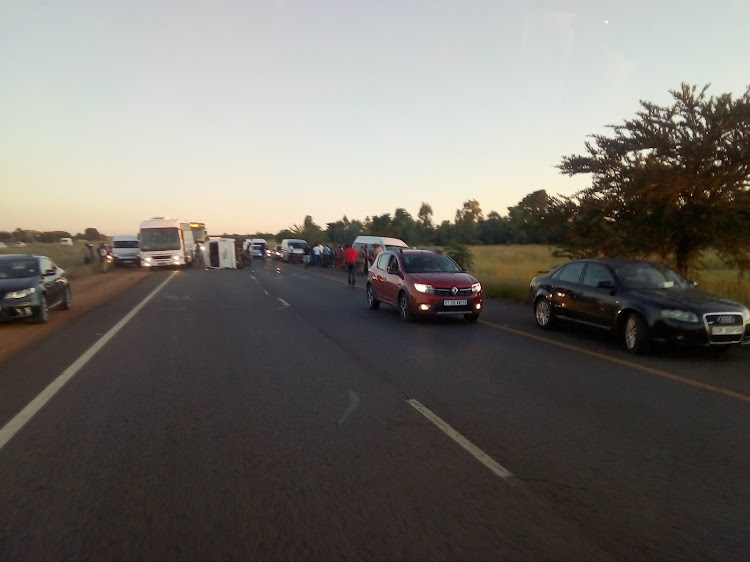 A taxi ferrying school children collided with a car on the R80 Mabopane highway in Pretoria on Friday morning.
Image: MacGlady1 via Twitter

Several school children were injured when a taxi collided with a car on the R80 Mabopane highway in Pretoria on Friday morning.

It was still unclear how many children were injured.

“When we arrived on the scene private ambulances had already transported 15 patients to various hospitals.

“When we were on the scene, another five patients were transported to hospitals. Three sustained minor injuries and two sustained moderate injuries.”

Mabaso said emergency services were still on the scene.

Motorists are advised to use alternative routes.

Devastated Thulani Ndlovu knelt in front of his eight-year-old daughter seated in a wheelchair with cotton on her left ear at Tembisa Hospital.
News
1 year ago

A 25-year-old scholar transport driver has been arrested for reckless and negligent driving after 12 pupils were injured when his vehicle hit a wall.
News
1 year ago
Next Article