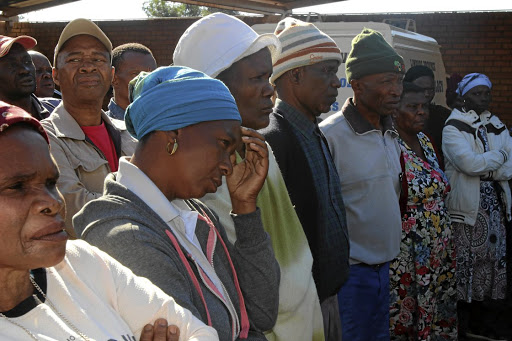 A committee has been established to coordinate the mass burial of the 24 young people who perished in an accident in Limpopo at the weekend.

The victims, aged between 13 and 27, died on Sunday when the minibus taxi in which they were travelling collided head-on with a bus on the road near Maphalle village, between Giyani and Mooketsi.

It emerged yesterday that 19 of the 24 were pupils at four high schools in the GaRapitsi area of Bolobedu, while the remaining came from different villages in the area. Of the 24, 18 were males and six were females.

Committee spokesperson Witness Tiva said the full participation and cooperation of all stakeholders had seen the committee move with speed in setting dates for both the memorial service and the actual burial.

"There will be a mass funeral on Saturday, which will be preceded by a joint memorial service on Thursday [today]."

Greater Letaba mayor Peter Matlou commended the efforts that had been made by the team.

"We want to thank stakeholders like Santaco, ZZ2 and Modjadji Plaza who have made commitments to support these families during these trying times," he said.

Mopani district mayor Pule Shayi said the committee was meeting on a daily basis to "fast track" the preparations for the mass funeral service", Shayi said.

"As government we want to appreciate the coordinated effort put in place by the traditional leaders, community structures and our officials in preparing for the memorial and funeral services respectively.

"We also thank the support from both the provincial and national governments, as we have already seen transport minister Fikile Mbalula and the MECs coming down to also support the bereaved families."

Transport minister Fikile Mbalula yesterday waged war against road carnage and announced that the working hours of traffic officers in Limpopo will ...
News
1 year ago
Next Article