Outa wades in on the sewage polluting Cape Town lagoon 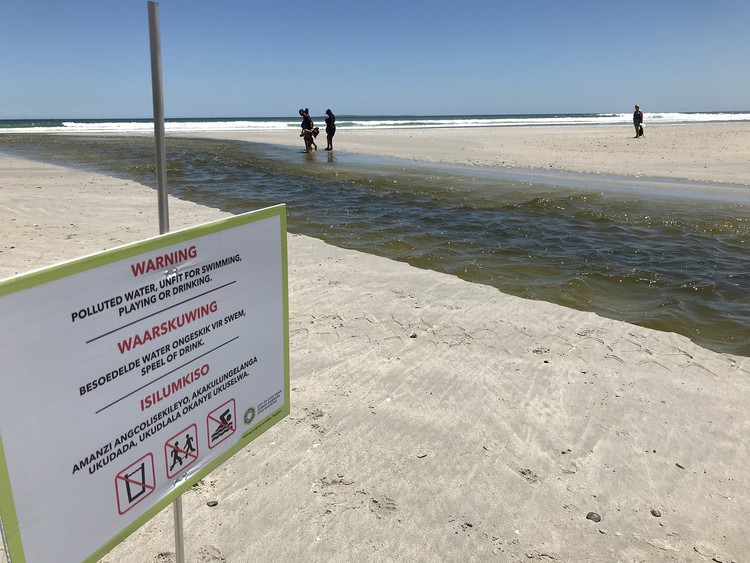 Polluted water flows into the sea from Milnertoon lagoon in December 2019. Fed up Capetonians have asked Outa to put pressure on the City of Cape Town to deal with pollution issues.
Image: GroundUp/WCN/Steve Kretzmann

The Organisation Undoing Tax Abuse (Outa) has asked for a meeting with Cape Town's managers over sewage pollution in the Diep River and the Milnerton lagoon.

She said Potsdam waste water treatment works and a sewage lift station were responsible for the pollution.

“These results identify the city as one of the main culprits of sewage contamination in the Milnerton lagoon catchment,” Korff said.

In December, Milnerton Canoe Club said it could not offer a beginner or development programme due to the risk of children falling into the lagoon, which is part of the City of Cape Town-run Table Bay Nature Reserve.

Chair Richard Allen told GroundUp bacteriological pollution levels were up to 300 times the national guidelines for intermediate contact, which applies to activities such as canoeing, sailing or fishing.

The mayoral committee member for water and waste, Xanthea Limberg, told GroundUp R74-million had been spent on sewer and storm water upgrades, and another R534m would be spent in the next six years.

But Korff said the city council was criminally liable for the pollution of the waterways under the Water Act.

“What is concerning to Outa and other affected stakeholders is that although alleged plans are in place to upgrade the Potsdam waste water treatment works, no interim plan to deal with polluted water flowing into the Diep River for the next three to five years is on the cards.

“No concrete solutions have been tabled by the city and it seems the problem has now become an environmental and health issue which is not receiving the urgent attention it deserves.

“Residents have been pleading with the City of Cape Town to address the increase in pollution in the Milnerton lagoon and surrounding areas after doing extensive research. Their appeals for urgent assistance have allegedly been ignored by the city, despite all their findings.

“Having exhausted all normal channels, after painstakingly trying to engage with the city for years and despairing of any real change, residents’ associations reached out to Outa and appealed for help in finding a solution to the problem by applying pressure on the city to fix the environmental issue.”

The organisation formed to protect the Vaal river system and its environs has suspended legal action against the government to give human ...
News
2 years ago
Next Article