Fire Gordhan, or else, warn the Red Berets 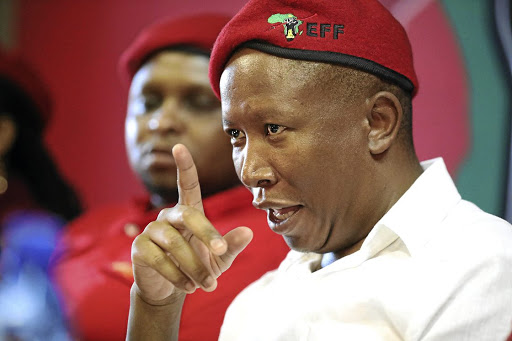 Fire Pravin Gordhan from the cabinet or face disruptions at the State of the Nation Address (Sona).

This is the ultimatum the EFF has given to President Cyril Ramaphosa ahead of Sona on Thursday. The EFF is adamant it will disrupt the ceremony should Ramaphosa not fire public enterprises minister Gordhan.

EFF leader Julius Malema yesterday said state-owned enterprises (SOEs), including Eskom, have worsened under Gordhan. However, Ramaphosa has been reluctant to act against him.

Malema also pointed to issues faced by South African Airways, which has been placed under business rescue.

"If the State of the Nation Address is to be peaceful, Ramaphosa must do the honourable thing and fire Pravin Gordhan," Malema said.

Malema said Jabu Mabuza resigned as the Eskom board chairperson after Deputy President David Mabuza accused Gordhan, and the power utility executives, of misleading the president on loadshedding.

DA to Pravin Gordhan: 'Offer up your own pension first'

"There were two people who misled the president - it was Pravin; it was Jabu Mabuza. An African [Mabuza] has fallen but the Indian [Gordhan] remains," Malema said.

He said the EFF had taken a decision at its week-long plenary meeting to march to the department of public enterprise offices to demand Gordhan's resignation.

In making the announcement in Centurion, Pretoria, yesterday, Malema said Ndlozi will lead the party's political school, which he said has been nonfunctional.

Ndlozi quashed rumours that he was deliberately being moved from the spotlight and said he had no intentions of leaving the party.

"Andiyi ndawo [I'm not going anywhere], I'm an elected commissar of the EFF."