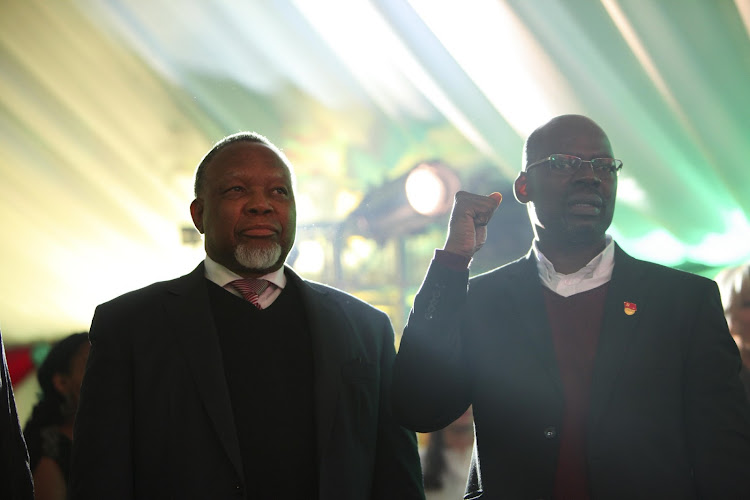 SACP second deputy general secretary Solly Mapaila said it was unacceptable that those leading the change at state-owned entities (SOEs) were being attacked because of their race.

Speaking at an event in Johannesburg on Sunday to commemorate the life of Prof Ben Turok, who passed in December, he said the ANC needed to reconnect with its non-racial character.

“Those making a change (at SOEs) are being attacked left, right and centre by demagogues who are attacking them based on their race,” Mapaila said, in what was seen as a defence of public enterprises minister Pravin Gordhan.

He invoked the memory of Turok, who fought for nonracialism in the ANC, saying the party had to embrace the legacy he left behind.

Mapaila speaks at tribute to Turok
News
2 years ago

Mapaila added: “Reconnecting with (the party’s) non-racial character does not mean undermining blacks. It simply means understanding our humanity. Professor Turok showed us that way.”

“Some individuals must be charged with committing treason as they were complicit and actively participated in mass looting,” he said.

Zikalala said Turok was one of the first to break ranks and speak out against the Nkandla scandal, the Guptas looting of the state and when ministers were unnecessarily fired by former president Jacob Zuma.

“Comrade Ben remained committed to the struggle for a humane and better managed SA and the world for all his adult life,” he said.

ANC NEC member Jeff Radebe read a message from Turok’s wife, Mary, who said his writings must be kept alive.

As a long-serving anti-apartheid activist, Turok was one of the party delegates tasked with drawing up and presenting the Freedom Charter in 1955. He also served three years in prison for his activism during apartheid in the 1960s.

The family of Nicodemus Kgoathe, an anti-apartheid activist who died in police custody 51 years ago on Tuesday, remains hopeful that an inquest into ...
News
2 years ago
Next Article