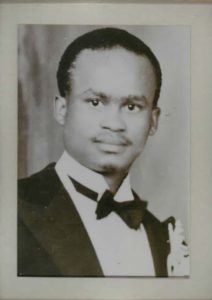 The family of Nicodemus Kgoathe, an anti-apartheid activist who died in police custody 51 years ago on Tuesday, remains hopeful that an inquest into his death will be reopened.

The family said it has, in the past two weeks, watched the reopened Neil Aggett inquest with apprehension, as no news has been forthcoming about whether the inquest into Kgoathe's death will be reopened.

Dr Aggett, who died in police detention in 1982, is the second of many activists who passed away in custody during apartheid to have an inquest into his death reopened.

The original inquest into Aggett's death found no one was to blame for his demise.

The first inquest to be reopened was that of Roodepoort teacher and anti-apartheid activist Ahmed Timol, who died in 1971 after falling from the 10th floor of the then John Vorster Square police station in central Johannesburg, where he had been detained

The original inquest in 1972 concluded that Timol committed suicide, but the reopened inquest in 2017, headed by judge Billy Mothle, found he had been pushed.

“The family is at pains as to whether the minister of justice and correctional services and National Prosecuting Authority (NPA) will act with the same intent for the reopening of similar cases of apartheid atrocities as the Aggett matter,” Kgoathe’s family said in a statement.

Kgoathe died after he was arrested and detained for almost three months at Silverton police station in Pretoria.

The inquest into his death concluded that he died from bronchopneumonia.

This was in contrast to what his son, Ben Kgoathe, and the district surgeon observed.

There were also bruises on his right eye, scabs on the right knee and at the back of the left upper arm.

The family said its hopes were raised in May 2018 when investigating officers from the Hawks took statements from the family in pursuit of reopening the inquest.

“To date, no progress has been made, nor follow-up with the family made. The family wrote to the national director of public prosecutions (NDPP), Ms Shamila Batohi, requesting progress made in the case. To this end, nothing has been received from the NPA.

“We remain hopeful and pledge our support to the Aggett family, and hope that in the near future the Nicodemus Kgoathe matter will also be opened” the family said.