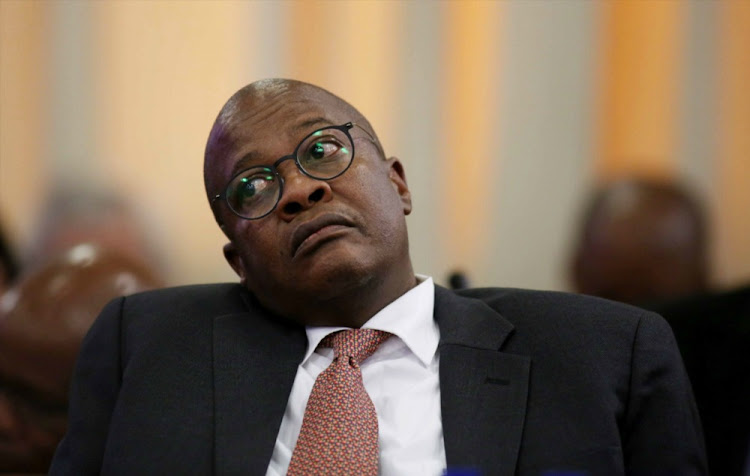 The state capture inquiry heard that Transnet spent R24.8m on advertising in The New Age newspaper while Brian Molefe was CEO of the state-owned entity, and that Molefe authorised the renewal of the advertising contract. File photo
Image: Sunday Times/Esa Alexander

Deputy chief justice Raymond Zondo is shocked that Transnet under Brian Molefe's tenure as chief executive spent R24.8m for advertising space in the Gupta family's The New Age newspaper on something that had “nothing to do with Transnet”.

The former internal specialist for communication at Transnet, Frank Jackson, testified at the state capture inquiry on Friday that Transnet spent millions on adverts in the newspaper called “Transnet: The big interview”, but none of the subjects interviewed worked at the state-owned company.

The payments to the newspaper were classified as “sponsorship” by Transnet's corporate affairs head Mboniso Siqonyela, who concluded the deal.

The deal was initially meant to run for six months but ended up lasting for years.

The person who kept renewing the sponsorship, said Jackson, was Molefe.

Jackson questioned the sponsorship on the basis that it was of no benefit to Transnet, but he said Siqonyela threatened to replace him if he continued asking silly questions.

Zondo was visibly shocked that such a sponsorship agreement was concluded by Transnet for the sole benefit of the Gupta family and the detriment of the state company.

“Transnet was just being robbed,” pointed out Zondo. “I mean, really, you say they must pay close to R2m and just because you are going to come up with an interview and you will call it 'Transnet big interview' and it has nothing to do with Transnet,” he said.

Transnet, according to Jackson, ultimately spent R24.8m on the sponsorship that featured public figures with no association to Transnet.

A shocked Zondo had questions for Jackson.

“The agreement was for six months at a time, is that right?” asked Zondo.

Jackson answered: “Yes, that is correct.”

Zondo: “So was this arrangement renewed every six months from when it started in 2012 to when it ended in 2016? And in terms of what Transnet was able to place [in the newspaper], was the proposition that Transnet will just place its logo?

Jackson: “It remained the same throughout the duration of the contract. No message from Transnet at all.”

Zondo: “And all the time, the person who was being interviewed was not from Transnet?

The deputy chief justice then shifted focus to who had the power to renew the contract every six months.

Jackson replied: “The delegated authority to sign was on Mr Brian Molefe, who was the chief group executive.”

Zondo went on: “So, ultimately, the person who would have said 'stop this' was Mr Brian Molefe?”

This reminded Zondo of testimony by former finance deputy minister Mcebisi Jonas that implicated Molefe as one of the people the Guptas had claimed to be looking after when he visited their Saxonwold compound.

“It is interesting. Maybe Mr Molefe will one day come and explain this to make us see what we cannot see now on what Transnet got from this when it was paying so much money,” said Zondo.

“I remember evidence given before this commission by Mr Jonas, and part of the evidence he gave was that he had a meeting with one of the Gupta brothers at the Gupta residence on October 23 2015.

'Inquiry will be able to conclude its work without Guptas, Zuma'

The State Capture Commission will be able to make findings and conclude its work even if the Guptas and former president Jacob Zuma do not come to ...
News
2 years ago
Next Article