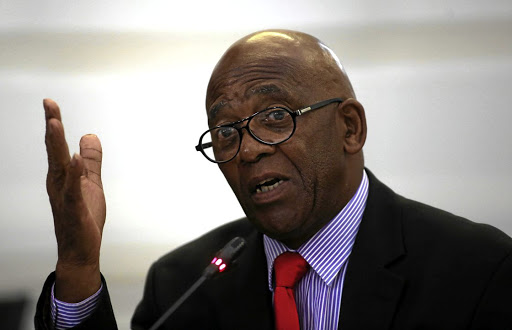 And Eskom board chairperson Zola Tsotsi admitted to poor oversight and ignorance by the board‚ himself in particular‚ in efforts to terminate the contract.

In April 2014‚ Matjila approved the sponsorship for the TNA breakfast‚ barely two months into the job after then public enterprises minister Malusi Gigaba ensured he was appointed to the position.

Later that year‚ former public protector Thuli Madonsela wrote to Tsotsi instructing Eskom to “hold in abeyance” the contract which had been declared irregular until Madonsela finalised her investigation into it.

But the Tsotsi-led Eskom board dilly-dallied around the issue without terminating the contract until it was disbanded in December 2014.

The new board‚ still chaired by Tsotsi‚ also did not follow Madonsela's instructions.

Tsotsi has since admitted that he could have done better to ensure that the contract was terminated but claimed to have misunderstood the term “hold in abeyance” used by Madonsela.

When asked if it ever crossed his mind to approach the high court and apply for the contract to be set aside knowing it was concluded in an irregular manner‚ Tsotsi said no.

“No‚ that advice [of going to court to set aside the contract] I did not get. I did not know there was such a thing‚” said Tsotsi.

“It could have been useful [of me] to inform the board but in terms of the content of what she [Madonsela] is addressing in her letter [to me]‚ I asked our lawyers ... I understood it to mean to halt the contract not cancel it.

“I was told that they [Eskom legal team] were not able to perform that function‚ to hold the contract in abeyance. The response I was looking for was that‚ can we then comply with the public protector? — the response was that we couldn’t.”

They said it would be dependent on the goodwill of TNA and at that time I was under the impression that Eskom would never receive any goodwill from TNA.”

The sponsorship was declared irregular as the amount fell far above what was legally allowed to be a sponsorship venture by the state-owned company.

Tsotsi also conceded that the sponsorship would have brought zero commercial benefit to Eskom which was financially strained at the time.

On this score too‚ the board never bothered to do a “commercial value” assessment‚ Tsotsi admitted.