Township based co-op an answer to high cost of uniforms 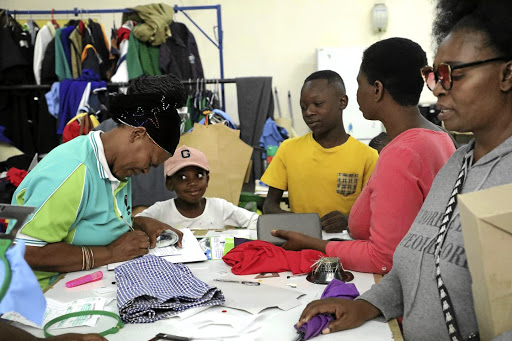 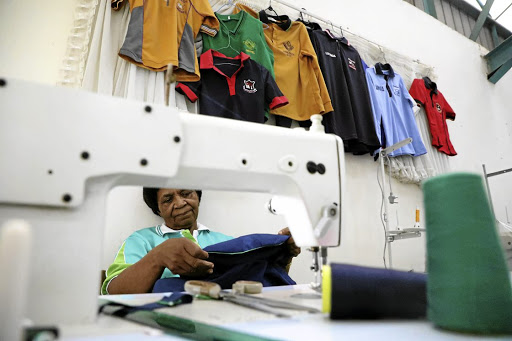 A group of eight elderly women were kept on their toes yesterday by parents who came in numbers to collect their children's school uniforms.

The women, who run Dimamanzi Primary Cooperative, have a small office situated at Faranani multipurpose centre in Tsakane on the East Rand.

They were kept busy with parents collecting uniforms while others were placing new uniform orders.

Over the past few years, parents have often complained about expensive uniforms, but Dimamanzi became a solution to their problems as they are known to make good, quality and affordable uniforms for all schools around Tsakane.

"I have been buying my children's uniform here. I get everything I want - from grey trousers, school shirts, jerseys, golf shirts and ties - at a reasonable price. The last time I spent R1,200 on uniform alone but a friend of mine introduced me to this place and I paid R300 less. I also save on transport as it is a walking distance from my place," she said.

Education for liberation must be new mantra for SA's 2020 vision

Education for liberation must be our mantra in 2020. Our country must commit itself to ensuring that all learners get an education for the future.
Opinion
1 year ago

Another parent, Nomadlozi Mahlangu, 47, said she had two children in grades 7 and 5.

"Their prices for me are very reasonable as you can imagine the financial stress of buying for two children. Today I am here to collect their golf shirts because I bought the rest of the uniform in December already," she said.

One of the members of Dimamanzi Primary Cooperative, Jabu Duze, 53, said the past two weeks had been hectic for them.

"I leave home at 5am so that I could be at work at 6am. Thereafter I leave only after 8pm. We make all kinds of uniforms and since January 2 we have had more than 500 clients. Some are coming for embroidery," she said.

The cooperative was started by a group of unemployed women in 2013 after they realised that people were spending a lot of money to get uniforms.

"People would travel from our township to buy uniform in Springs. Our prices are low and we are within reach, so people don't have to spend much on transport to buy one shirt," Duze said.

Another member, Anna Mthakathi, 76, said they were happy that they could feed their families and pay for their grandchildren's school fees. However, she said even though the business had grown over the years they were worried about manpower.

"Even though the business has had a positive response we still don't have enough manpower and at times, per day, we get about 50 orders. We need a bigger space and more equipment," Mthakathi said.

Just across from the centre, some parents were doing their last-minute school shopping at Tsakane Mall.

A group of young boys and girls were trying to get the last items on their stationery lists.

Others had just returned from holidays, which explained the last-minute shopping.

"I saved some money to buy stationery now in January and I could not buy school shoes and other school items for my grade 7 child as she was still on holidays," Mabhenga said.

Accompanied by his friends, Banele Mahambela, 17, who is starting grade 12 at JE Malepe Secondary School, said he was shopping for grey school pants.

"I just came back from holiday and I couldn't buy the pants in December as I was too excited about my holiday."